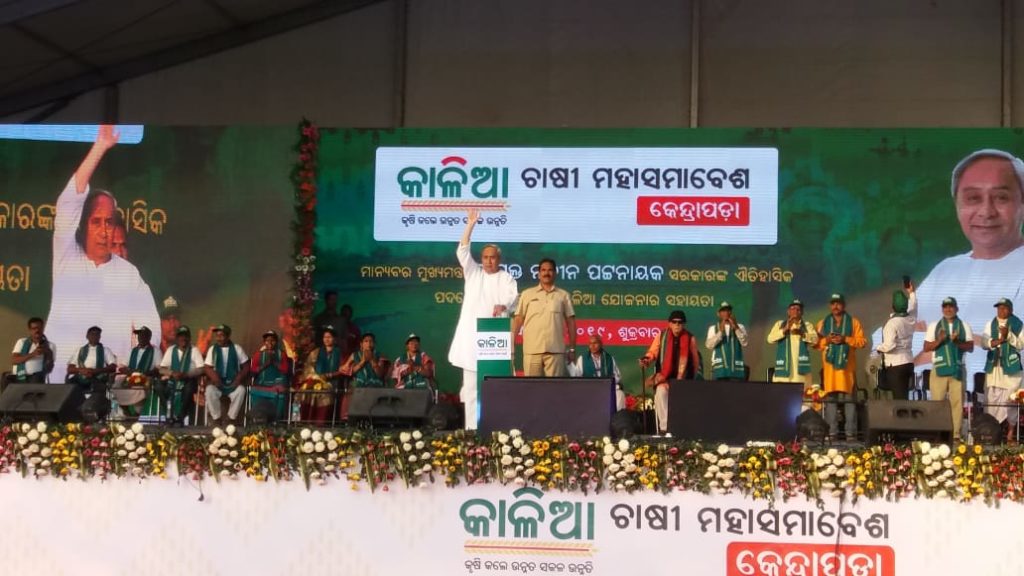 Kendrapara, Feb 15 (LocalWire) Odisha Chief Minister Naveen Patnaik on Friday launched distribution of Krushak Assistance for Livelihood and Income Augmentation (KALIA) money among landless labourers in Kendrapara by providing the first installment of Rs 5,000 to many.

Addressing a meeting of farmers at Baro outskirts of Kendrapara town, the Chief Minister said: “The government has deposited an amount of Rs 5,000 in the bank accounts of many landless farmers on Friday through Direct Benefit Transfer (DBT) mode under KALIA scheme.”

More landless labourers and share croppers will be benefited under the provision of KALIA scheme soon,” he said. 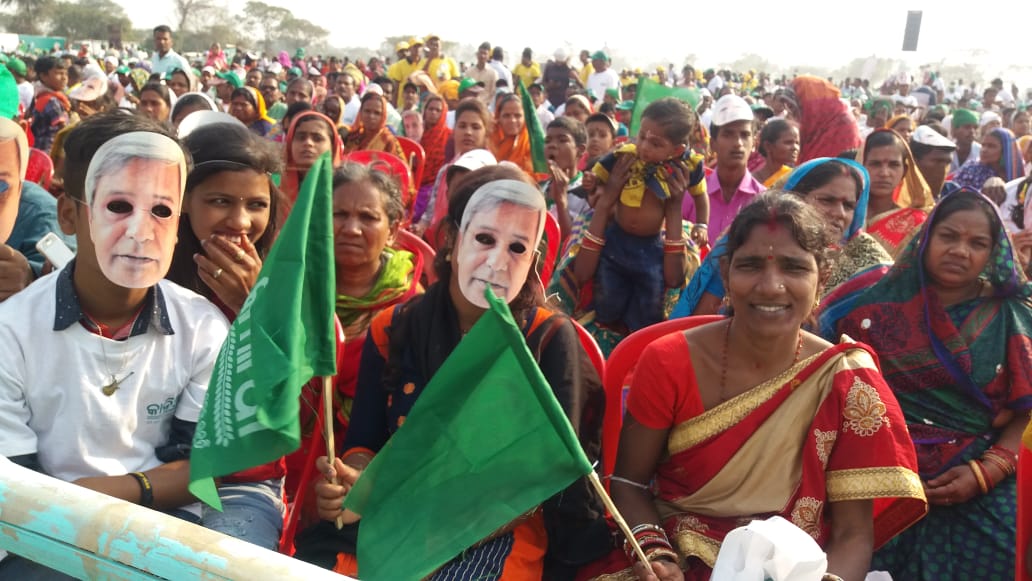 Patnaik said KALIA scheme also has provision of giving financial assistance of Rs 25,000 per farm family over five seasons, which will be provided to small and marginal farmers so that they can purchase inputs like seeds, fertilizers, pesticides and use assistance towards labour and other investments.

“A landless agriculture worker is eligible to get Rs 12,500 in three installments for livelihood activities like goatery, backyard poultry, poultry, apiculture, mushroom cultivation, duckery and fishing kits,” he said.

“Our prime objective of all rural development programmes is to improve the quality of life in villages, where a major chunk of the state’s population resides. The government has been doing many welfare works in the state for the people,” he said.

Patnaik further said: “The BJD government is determined to help the poor and downtrodden people of the state for which we have started the Re. 1 per kg rice scheme and other beneficiary schemes. Large numbers of women are being empowered through Self Help Groups (SHGs) in the state.”

Patnaik, during his whirlwind visit to Kendrapada on Friday, laid foundation stones and inaugurated many projects worth Rs 173 crores.

The Chief Minister inaugurated mega lift irrigation projects at Deulatara under Rajkanika block and Dimiripala under Aul block built at the cost of Rs 54.56 crores.

Patnaik laid foundation stone for saline embankment from Panchupali to Rangani covering 35 kilometers to save the seaside villages from onslaught of tidal waves and salinity.

The Chief Minister also laid foundation stones for construction of roads from Kendrapada to Indupur, Alapua to Damodarapatana , Jagannathpur to Mehindinagar .

At least 10 Bharatiya Janata Party (BJP) and Congress activists, including BJP district unit chief Durodhan Sahoo, were taken into preventive custody by the police to prevent any untoward incident before Patnaik’s arrival. They were later released after the departure of the Chief Minister from the district.