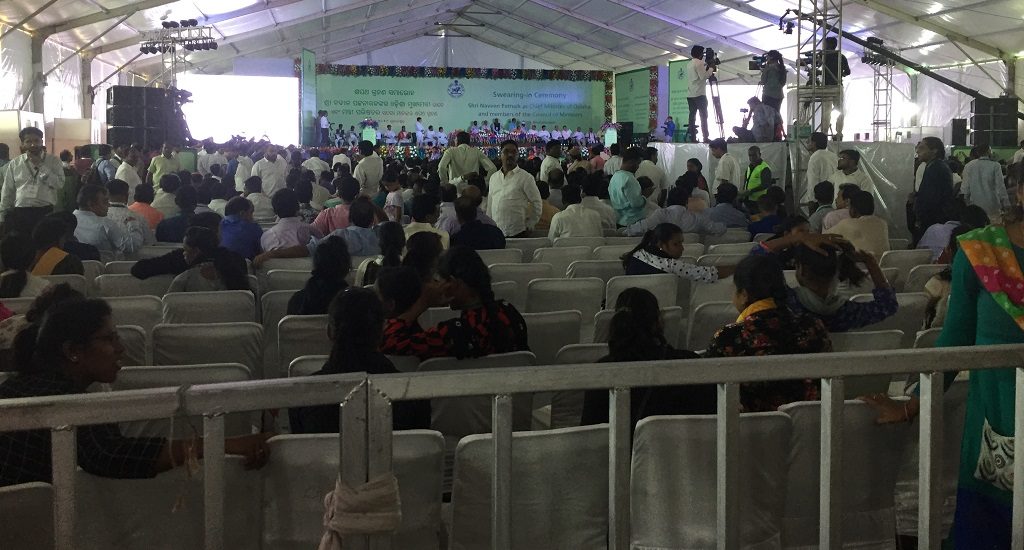 The ceremony began at 10:30 am with Governor Ganeshi Lal administering the oath of office and secrecy to the chief minister and his 20 council of ministers. All 112 newly elected MLAs of the BJD were present at the venue. This was the first time the ceremony was held outside the Raj Bhawan.

There were five entry and exist gates at venue which were guarded by police and black cat commandos.

Patnaik’s council of ministers included 11 cabinet ministers and nine ministers of state (MoS). The event was followed by a lunch for BJD supporters and workers at the venue.