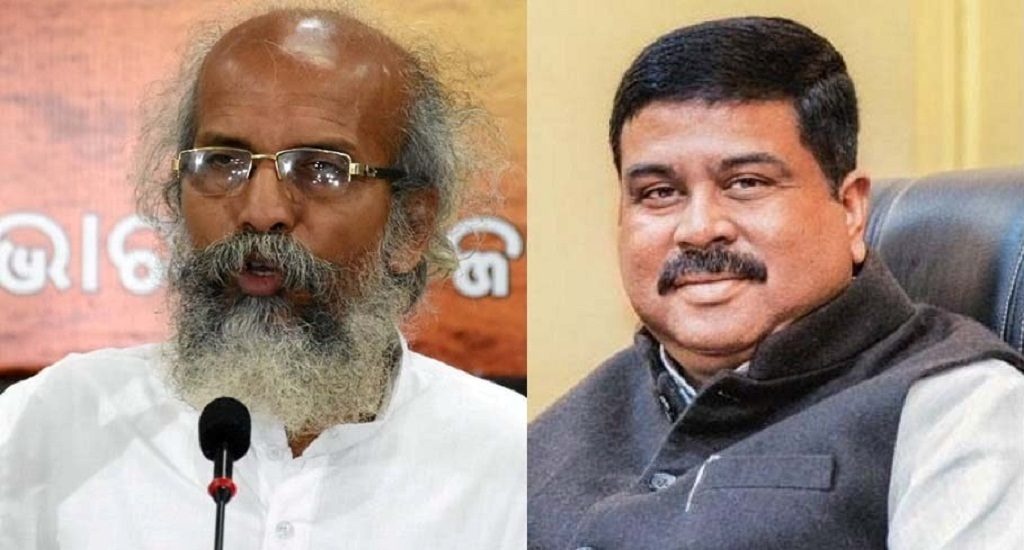 New Delhi, May 31 (LocalWire) As advised by Prime Minister Narendra Modi, the office of the President of India Ram Nath Kovind has directed the allocation of portfolios among the members of the union council of ministers who took the oath of office yesterday, at the Rashtrapati Bhavan after BJP witnessed a massive victory in the recently-concluded national elections.

According to the press communique issued by the Rashtrapati Bhavan, while Dharmendra Pradhan has been reallocated the Ministry of Petroleum and Natural Gas, he has also been appointed as the  Steel minister in the newly elected Modi-government.

Son of former BJP MP Dr. Debendra Pradhan, Dharmendra was elected to the Rajya Sabha in March 2018 from Madhya Pradesh. He was a member of the 14th Lok Sabha and represented the Deogarh constituency of Odisha.

Sarangi, who has had a long association with the Rashtriya Swayamsevak Sangh (RSS), made his maiden entry in the lower house by defeating sitting Biju Janata Dal (BJD) Member of Parliament (MP) and industrialist Rabindra Kumar Jena from Balasore by 12,956 votes in the recently concluded Lok Sabha polls.