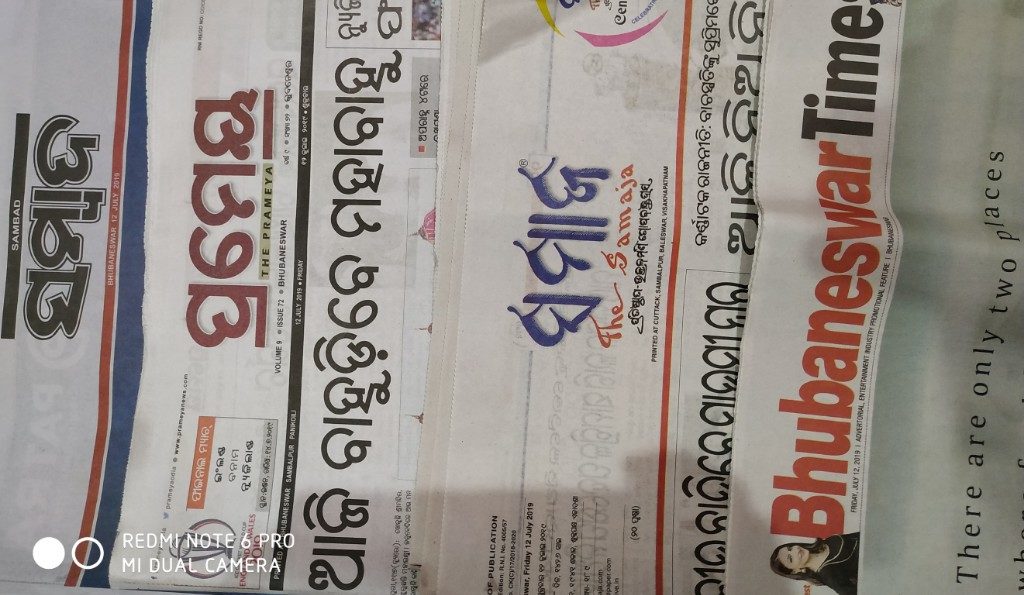 Berhampur (LocalWire) July 12: The Odisha unit of the Association of Small and Medium Newspaper of India (ASMNI) has called upon the central government to withdraw its proposal of imposing 10% import duty on newsprints.

In a letter to the union finance minister Nirmal Sitharaman, ASMNI Odisha unit president Rabi Rath said that the proposed hike will make it difficult for the newspaper industry, especially small and medium size newspapers to survive.

“While the newspaper industry is facing stiff competition from digital media, the new duty will make many newspapers extinct,” he said, adding that the proposed duty will also adversely impact the readers as it will lead to increase in overall newspaper cost, and hence is an anti-people step.