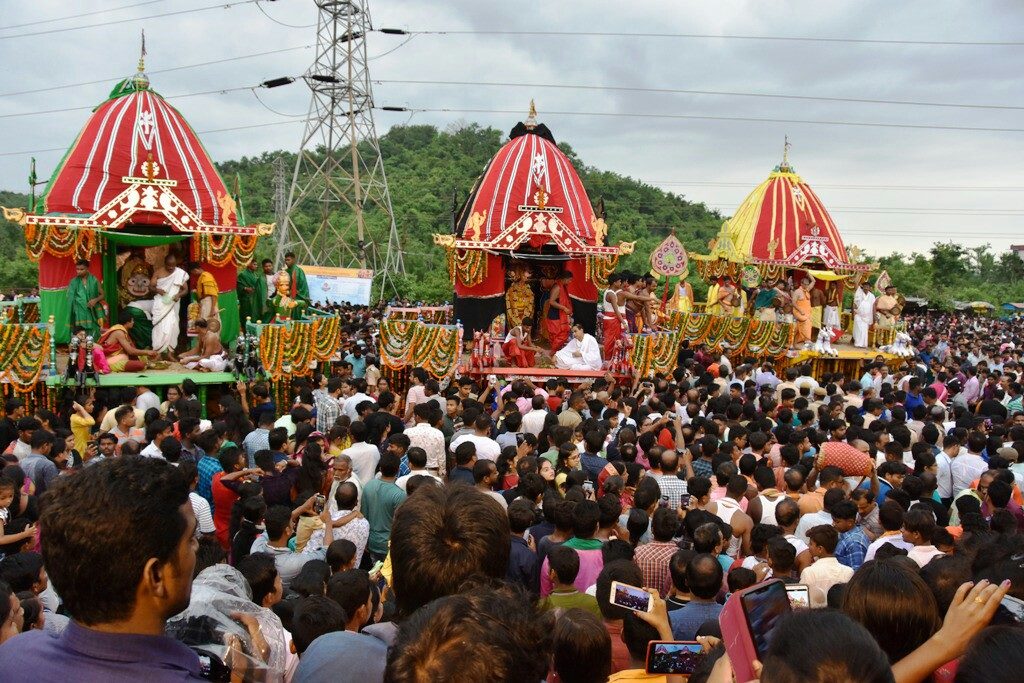 Thewooden chariots were festooned with flowers, appliqué and mural paintings.

After the Pahandi and other rituals like Mangala Arati, Mailama,Tadapalagi, Rosha Homa, Abakasha, Surya Puja, the Chariot inauguration followed by procession of deities from the sanctum sanctorum to the chariots began in the morning as per the rituals of Mahaprabhu Shri Jagganath Temple of Puri. 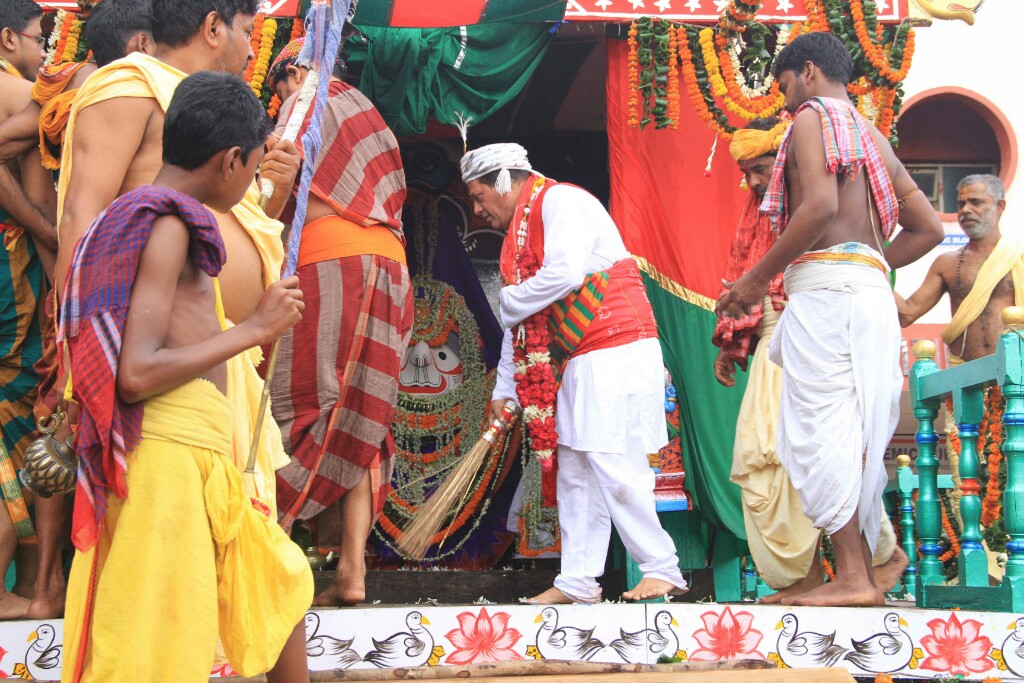 Thousands of devotees gathered to pull the three chariots in the afternoon after Achyuta Samanta, founder, KIIT & KISS performed the holy ritual of Chherapahanra, the ceremonial sweeping of the Chariots. The special feature of Ghosayatra here is that, Devadalan, the chariot of Goddess Subhadra is pulled by only females.

The atmosphere was colourful with temporary stalls, food stalls, meena bazar near the Gundicha temple. During this nine-day festival there will be bhajan samaroh every evening near Gundicha temple.

Devotees from nearby localities come to Gundicha temple and pay obeisance to three Lords.