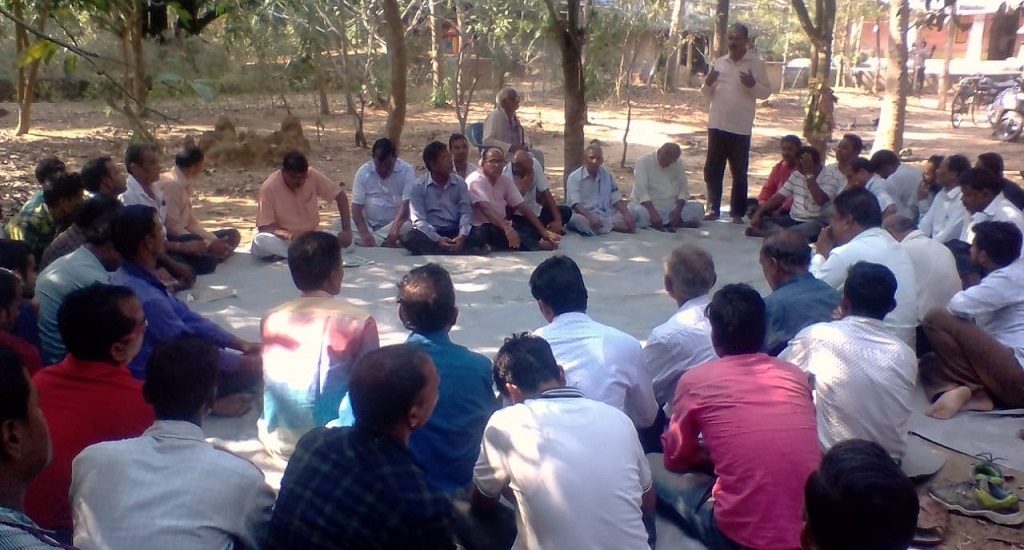 Rout is facing opposition from BJP rebels since he was nominated as the party’s candidate from Balikuda-Erasama.

BJP leaders, who were aspiring to contest from this seat, felt ignored by Rout even after turning the constituency into a party stronghold.

After obtaining the BJP ticket, Rout began his campaigning by garnering support from his followers in the BJD and Congress but ignored the local BJP leaders infuriating them who in turn vowed to teach him a lesson.

The BJP leaders said ‘Rout has ignored the local leaders so they have refused join Rout’s rally tomorrow when he goes to file his nomination.’

The BJP leaders vowed to non-co-operate with Rout if he did not campaign for the party at Paradip Assembly seat where his son Sambit Routray was contesting from the BJD.

Today, the BJP leaders conducted a meeting in Balituta under Erasama block to protest the candidature of Rout for ignoring them. They were also angry since Rout, the star campaigner of the BJP, did not campaign in favour of the party candidate from Paradip, Sampad Swain, since his son Routray was Swain’s opponent.

Rout, too, conducted a party workers meeting in Balikuda today where they were conspicuous by their absence.

A frustrated Rout said ‘I have a stronghold in Balikuda and Erasama so today’s meeting will not affect campaigning. I have received good response from the local people of this constituency.’