Rourkela, August 31 (LocalWire): Steel Authority of India Ltd (SAIL) chairman Anil Kumar Chaudhary has announced that the fiscal 2018-19 was a turnaround year for the company.

Addressing the shareholders at the company’s 47th Annual General Meeting held at Delhi on Friday, Chaudhary informed that the company had earned Rs 2,179 crore profit after tax (PAT) during the fiscal as compared to the Rs 482 crore loss during the previous year.

“On a consolidated basis, the PAT stood at Rs 2,349 crore for FY 2019 as against the loss of Rs 281 crore in FY 2018. The change in fortune has been a result of determined efforts and strategic initiatives taken by the company which helped to improve the EBITDA in FY 2019 to Rs 10,283 crore, almost double of the performance of Rs 5,184 crore in FY 2018,” a company press release stated. 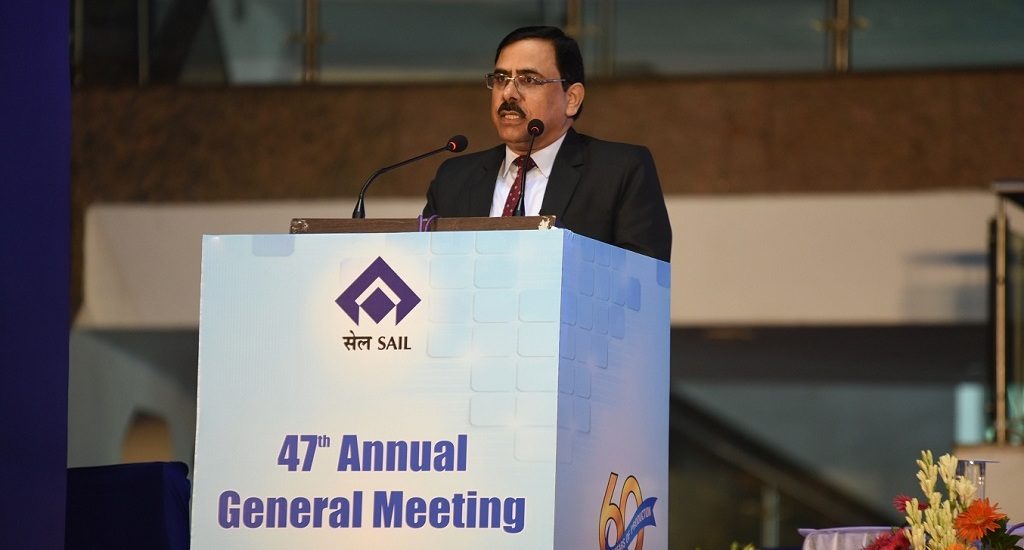 The company also declared a dividend of 5% for the financial year 2018-19 at the AGM.

According to the press release, the company’s improvement in financial performance was based on the improvement in some of the major operational areas, including an increase in saleable steel production by 7%.

“The next is the growth in sales turnover at Rs 66,267 crore, and this is over 16% in comparison to the previous year. Besides, the implementation of the CONCAST led to the improvement in operational efficiencies resulting in higher production for which the year 2018 saw a growth of 8%. Along with this, there was an improved mix of products and a reduction in coke rate, 3%,” the press release noted.

Chaudhary also said that the company had associated itself with every major national infrastructure project in the country, including in the areas of defence, railways, infrastructure, space, power, and manufacturing.

“The Company supplied steel to projects including the Statue of Unity, Bogibeel Bridge (longest rail-cum-road bridge in India), Kishanganga and Tuirial Hydro Projects, Eastern and Western Peripheral Expressways in FY 2019 giving a fillip to India’s growth story under the ambit of National Steel Policy 2017 as well as Make in India movement,” he said.