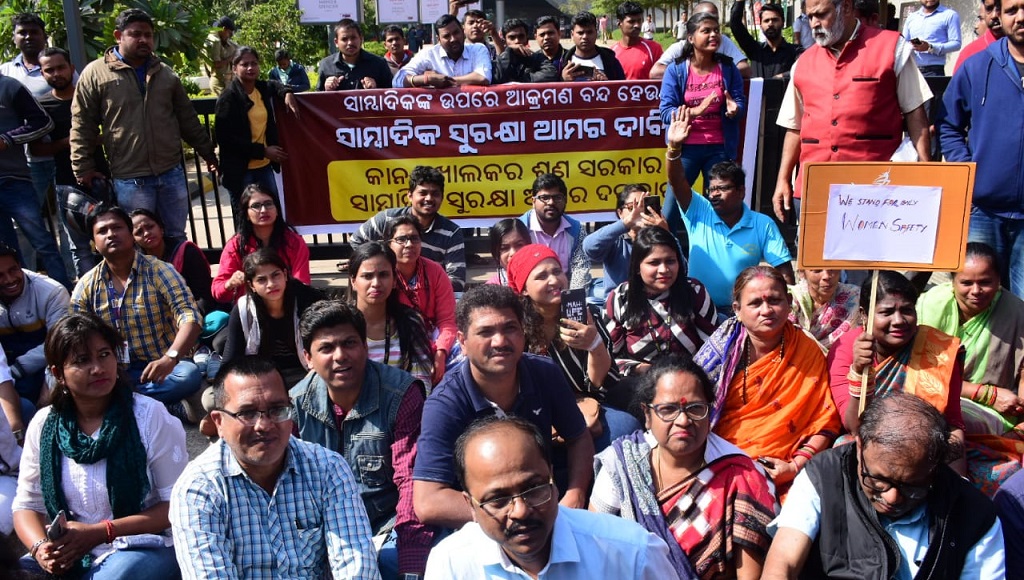 Bhubaneswar, Dec 29 (LocalWire) Journalists owing affiliation to various media organisations on Sunday staged a protest here against the attacks on a woman reporter and her colleagues at a city mall.

Holding placards that carried slogans like ‘We stand for women safety’ ‘Stop Attack on Journalists’ the protesting journalists staged a sit-in near the Esplanade mall located in Rasulgarh. The security staffs of the shopping mall allegedly beat up Swati Jena, woman journalist of the Argus TV, an Odia web news channel on Saturday.

She was trying to do a visual story on the collection of unauthorized parking fee from the visitors allegedly by the mall staffs.

Police have registered a case based on the complaint lodged by the victim and arrested two persons in this connection.

Police are also examining the CCTV footage. The mall management refused to comment on the incident saying that the matter is under investigation.