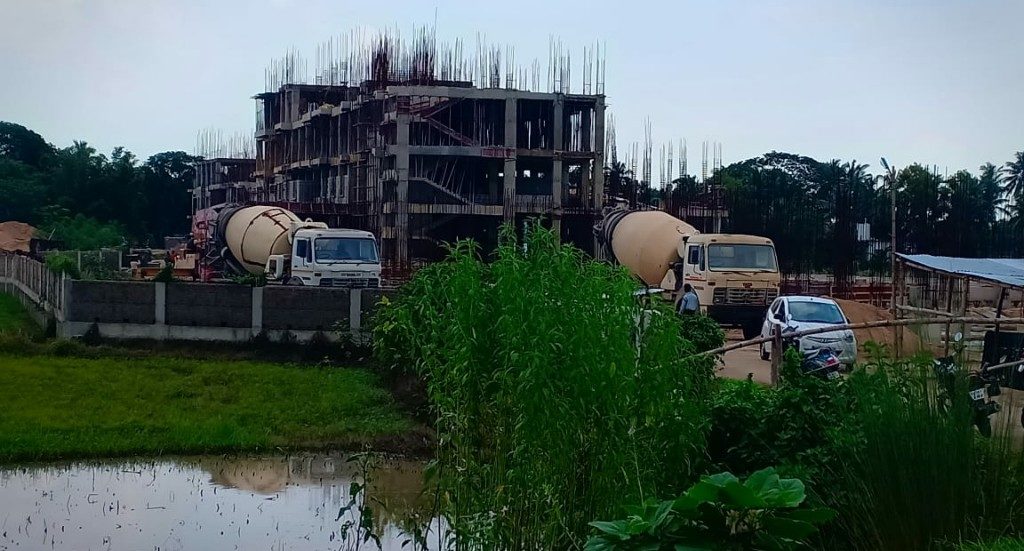 Kendrapara, August 30 (LocalWire): Even though three years have passed since the foundation stone of the new district headquarter hospital was laid in Samagudia village on the outskirts of Kendrapara town, the construction is far from complete.

The Rs 110 crore, 500-bed hospital was proposed to reduce the work-load from the existing hospital at Kendrapara town and was supposed to be completed within two years.

‘We asked the authorities to speed up work on the proposed hospital but all fall to deaf ears, said Biswanath Behera, a retired engineer and president of Kendrapara Citizen Forum.

Locals claim Engineering Projects India Limited (EPIL), who are in charge of the construction of the building, has engaged very few labourers resulting in the slow pace of work.

Bharati Patra, a construction worker said around 300 workers were being denied minimum wages, safety equipment such as hard hats, safety boots, gloves and other safety gears were also not provided to them.

‘We want the hospital to be built soon so that it can reduce our burden of travelling to Kendrapara town, Cuttack, Bhubaneswar or other faraway places for treatment,’ said Akbar Ali, the former chairman of Kendrapara municipality.

Many people also expressed doubts about whether the project would be completed as scheduled and appealed to the construction company to speed up work.

The company assured me that it would be completed by April 2020.’

The government aims to reduce the pressure on the century-old district hospital at Kendrapara town.

The old hospital is already grappling with workload and staff shortage, affecting healthcare.

‘The 120-year-old district government hospital at Kendrapara caters to a large number of patients.

Due to non-availability of beds and medical facilities, doctors usually refer serious patients to the SCB Medical College and Hospital at Cuttack.

We hope the authorities complete the construction of the hospital soon to provide proper health care to the people of the district,’ said Dr Basudev Das of Kendrapara.