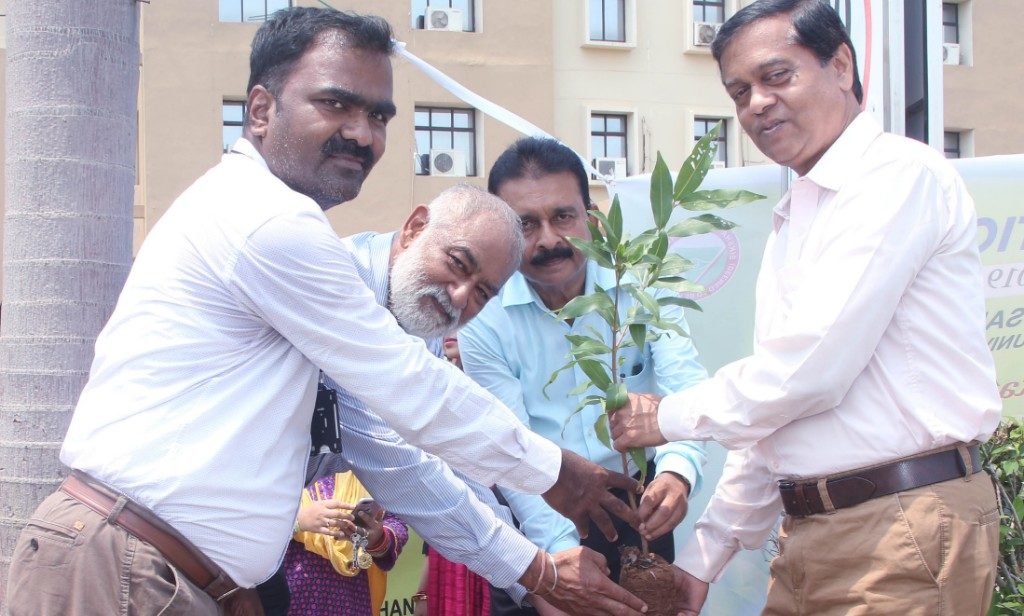 ‘It is imperative for all of us to restore the greenery through our individual efforts in the aftermath of the destruction caused by Fani,’ SOA Vice-Chancellor Prof. Amit Banerjee said as senior officials, staff members and students attended the tree plantation programme organised in different campuses during the day.

The University also announced establishing a centre which would work for the restoration, preservation and propagation of the state’s rich heritage and culture.

‘The new centre will be known as the SOA Centre for restoration, preservation and propagation of heritage and culture,’ Prof.

Banerjee said after unfurling the university flag on the occasion.

There is a need to preserve the state’s tradition and culture and promote its literary heritage, he said, adding promotion and preservation of ancient literature would be one of the main tasks of the new centre.

SOA would collaborate with academicians and experts of repute for this.

SOA was ranked as the 24th best institution in the country in the university category by the National Institutional Ranking Framework of the HRD ministry.