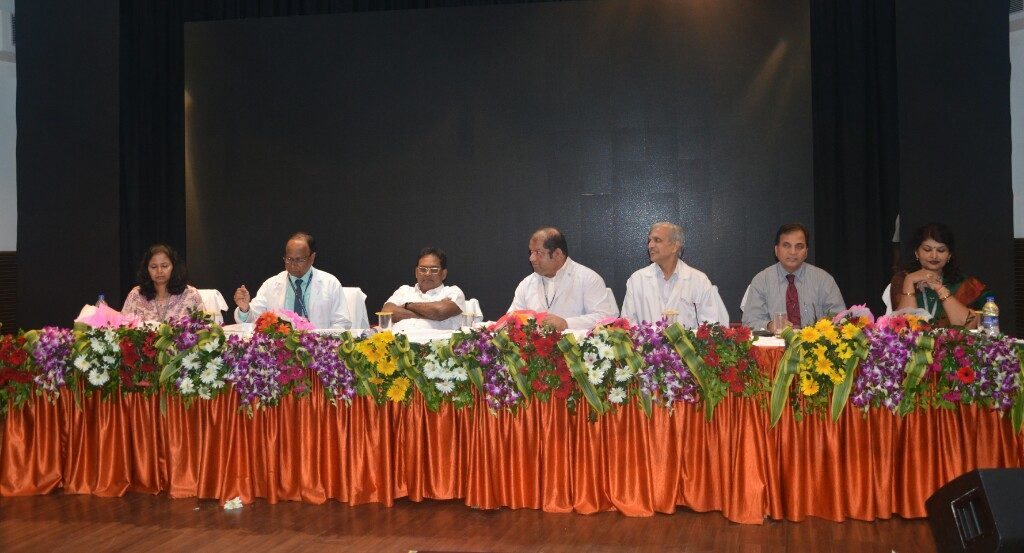 Bhubaneswar, Sept 6 (LocalWire): The Institute of Medical Sciences and SUM Hospital, faculty of medical sciences of the SOA Deemed to be University here, is in the process of establishing a state-of-the-art molecular diagnostic and research centre which will be a major boost for the treatment of blood cancer.

‘It is going to be a major value addition to the diagnostic and prognostic work for cancer patients in the state,’ Dr Priyanka Samal, head of the department of clinical hematology at the hospital, said during the inauguration of the 11th annual conference of Odisha Hematology Association and 2nd Sum Annual CME on Laboratory Hematology today.

The conference was inaugurated by the state minister for health and family welfare, Naba Kishore Das, who praised the work being pursued at the IMS and SUM Hospital in the field of hematology while assuring the state government’s support for all research endeavours.

Dr Samal said the department of clinical hematology and stem cell transplantation of IMS and SUM Hospital was one of its kind and was evolving as a referral centre for all kinds of hematological disorders.

The minister said the government was in the process of formulating a new health policy for the people of the state and working on ‘Vision for 2025’.

‘We are planning and working on what’s to be done in this regard,’ he said adding seven new medical colleges had come up in the state after a gap of 52 years while six more were in the pipeline.

Dr Samal, also organising secretary for the conference, said the laboratory at IMS and SUM Hospital had increased the scope in diagnostics in 2018-19 by including new procedures like platelet function assays and installing the ROTEM instrument (a global hemostasis module).

The year was also remarkable as the department of Stem Cell Transplantation strove to offer Bone Marrow Transplantation (BMT) in blood cancer patients at a minimal charge to make it reach the common people.

The objective of the hospital was to extend complete, comprehensive and integrated care for lymphoma, Leukemia, aplastic Anemia and thalassemia patients under a single roof without referring them to other centres for management, she said.

Dr Samal said the World Federation of Hemophilia (WFH) had supported the hospital by providing factors on compassionate ground for PWH, a type of bleeding disorder.

IMS and SUM Hospital, she said, was the only private hospital to get the partnership and support from the WFH.

‘This has enabled us to manage complicated surgical cases which could not be dreamt of earlier as the chances of bleeding in these patients is high. There are also communities, philanthropic and mission-aligned organizations which along with our hospital support have helped us cure children with hematological cancers without any expenditure on chemotherapy,’ she said adding such support had been extended to 16 paediatric cancer patients in the last six months.

Prof Ashok Kumar Mohapatra, eminent neurosurgeon and SOA’s director (Medical Programmes) said there was nothing called hematology 50 years ago while BMT began in the mid 1990s.

Stating that there were 84 cancer patients per one lakh population in India against the global figure of 64, he said healthcare could be further bolstered by trying to use the available resources and equipment.

‘BMTs can be done with an expenditure of Rs 1.2 lakh to Rs. 2 lakh while corporate hospitals are charging Rs 15-20 lakhs for the procedure,’ he said.