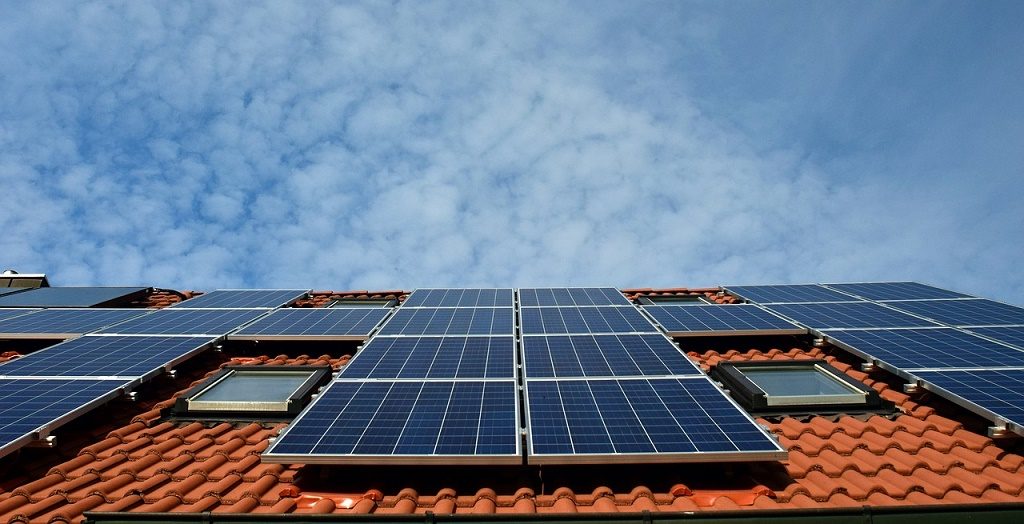 Some technologies bring about disruptive changes in the way we lead our lives.

Rapid development in the solar energy sector in the recent years is countering the environmental concerns on climate change due to anthropocentric development activities.

Besides, it is giving birth to new possibilities and innovations.

Some of the recent researches in the development of solar energy are worth mentioning.

There is development of a paint having billions of pieces of light sensitive material in it. When applied to surface, it captures energy from the sun and converts into electricity.

Being only 3-8% efficient, it is commercially non-sustainable now. However, Experts believe the technology can be commercialized within the next five years.

Like solar paint, scientists are working on solar window innovation. Solar windows have the ability to convert sunlight into electricity, having potential to supply about 40 percent of our energy demands.

So also, the engineers are attempting to build Solar Car by capitalizing on the sunshine. As our roads are exposed to the sky about 80 percent of the time, if the solar panels are used on driveways, walking pathways, and parking lots, those could generate lot of power.

The Scientists are working on solar thin film technology and such films can be printed in rolls. By greatly reducing the cost of manufacturing of PV and its installation, as well as opening up more opportunities for placement such as in shape of the roofing materials of buildings, dramatic development can take place on solar power.

However, much development in solar energy has happened due to solar PV technology until now. As per the Solar Energy Industry Association (US), the cost to install PV solar has dropped by more than 70% since 2010 and system efficiency is continuously improving.

As against 2630 MW of solar power five years back, the installed capacity has gone up to 37505 MW as on 31 Dec 2019 in India, which is a significant growth by fourteen times.

India has an ambitious goal to achieve 175 GW renewable energy including 100 GW solar energy by 2022 and meet 40% of energy requirement through renewable sources by 2030.

Solar energy will bring a new era of different realities in daily life and industry.

Unlike fossil fuel based energy, there is no variable fuel cost and hence power cost will be uniform over the life time of the project. This brings stability in financial results for the solar power developers.

As solar power generation happens during the day time, there will be lower demand charges for the industry and commercial customers as daily performance curve of solar energy systems is highly co-related to their load profile.

The incentive is to run most of the businesses during the day time. When battery storage technology will become viable, there will be a shift towards distributed generation and consumption leading to energy independence.

Reduction in dependence on grid will pose new challenges for the grid management and modernisation including reliance on hydro sources, pumped storage projects and wind power.

Not only for the development of solar power plants, but also for maintenance and repair, new skill sets and knowledge have to be acquired by the engineers, technicians. The challenges for grid management, for capacity building, have to be addressed by the technical institutions.

If we take an average requirement of Rs.4 to 5 crores per MW of solar power, there will be huge investment for achieving the target set by 2022 in India.

An interesting development as regards to floating solar projects adds a new dimension in this sector. Close to 1 GW of solar power has been developed worldwide where China & Japan are the market leaders. In India, several projects have been initiated in different states.

Major advantage of floating solar PV technology on water bodies over land based projects is on account of conservation of land and the related cost to acquire & maintain the site.

Besides, the projects can be taken up in densely populated areas. It is a better alternative in locations with high land costs and the projects avoid using land, which are otherwise used for agriculture.

The technology offers great opportunity for country like India with significant number of bodies of water where availability of land for huge population is limited.

Due to the cooling effect of water, better efficiency in power generation is achievable. Placement of panels over the water body reduces water evaporation & improves water quality by reducing photosynthesis etc.

The prices of floating PV are equivalent to normal PV with some additional costs. Under the Indian context, the current investment is expected to be between Rs. 5 to 6 crores per MW though it is possible to expect it to be below Rs. 5 crore provided floating solar market picks up in India. Local manufacturing can bring down the cost.

A preliminary study on five hydro reservoirs and seven irrigation reservoirs of Odisha taken up recently led to discovery of levellised cost of energy of about Rs.4.00 per kWh.

However, in the case of 5% to 10% increase of yield due to the effect of cooling from the water body, a 4.8% to 9% decrease on LCOE is expected.

With cheaper finance, 30 to 40% tariff reduction is possible. It has been suggested that foreign investment might reduce tariffs by 20%. The study had recommended to develop 5500 MW of solar power from the floating solar in the first phase.

Humanity has responded to every challenge creatively. The development in clean and green energy i.e., in solar energy sector is an exciting example.

The supporting environment being provided by the governments would pay huge dividends to the mankind in general and those involved in particular.