Puri, July 10 (LocalWire): The local municipal administration is distributing Long-Lasting Insecticidal Bed Nets (LLINs) in 32 wards of Puri municipality area that are most affected by the cyclone Fani.

The initiative to distribute over 35,000 LLINs is supported by the US-based non-profit organisation Malaria No More in partnership with Swiss company Vestergaard and the work is expected to be completed by tomorrow.

The LLINs were handed over to the National Vector Borne Disease Control Programme, Odisha a few days ago for distribution in areas affected by Cyclone Fani which hit Puri district two months back.

At every distribution centre, an official each from the health department and Puri Municipality and an ASHA worker were present.

While the officials handed over the LLINs to each Ration and Aadhaar cardholder, the ASHA worker demonstrated how to use the LLIN, clean it and take its care. 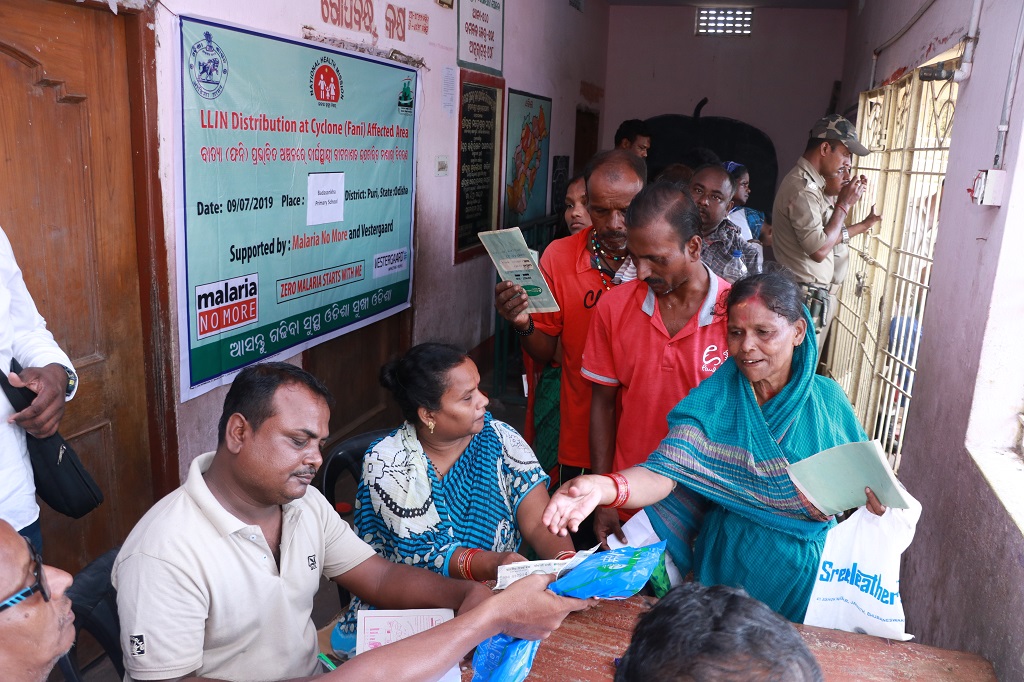 While the officials from the health department are supervising the distribution work, police personnel have also been deployed at each centre to maintain law and order.

LLINs have played an important role in the remarkable success in reducing malaria burden over the past decade.

They are a core prevention tool and widely used by people at risk of malaria. These are mosquito nets impregnated with insecticide.

The insecticide is bound within the fibres that make up the netting and released slowly.

Odisha, which has the highest rate of malaria in India, has reduced the number of cases by more than 80% between 2017 and 2018.