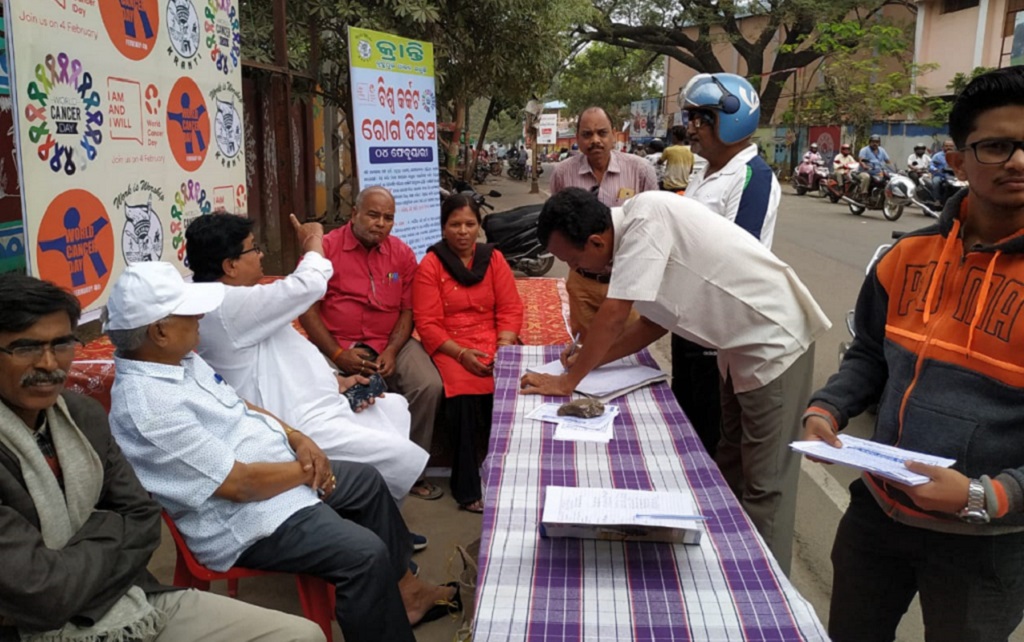 Berhampur, Feb 6 (LocalWire): A 52-year-old man in the Silk City, who is battling for his life after suffering from oral cancer, has been campaigning to create awareness among the youngsters about the dangers of consuming tobacco.

Debananda Dash, a resident of Jyoti Nagar, who was suffering from mouth cancer has launched an anti-tobacco campaign for which he has been visiting different college campuses in the city for the last three years.

On the occasion of World Cancer Day on Tuesday, he was campaigning near the Khallikote Autonomous College.

Dash, a Ph.D. degree holder, and a former student leader informed LocalWire, “I have suffered due to the consumption of gutkha during my college days. Now I am educating the college students about the harmful effects of chewing tobacco.” 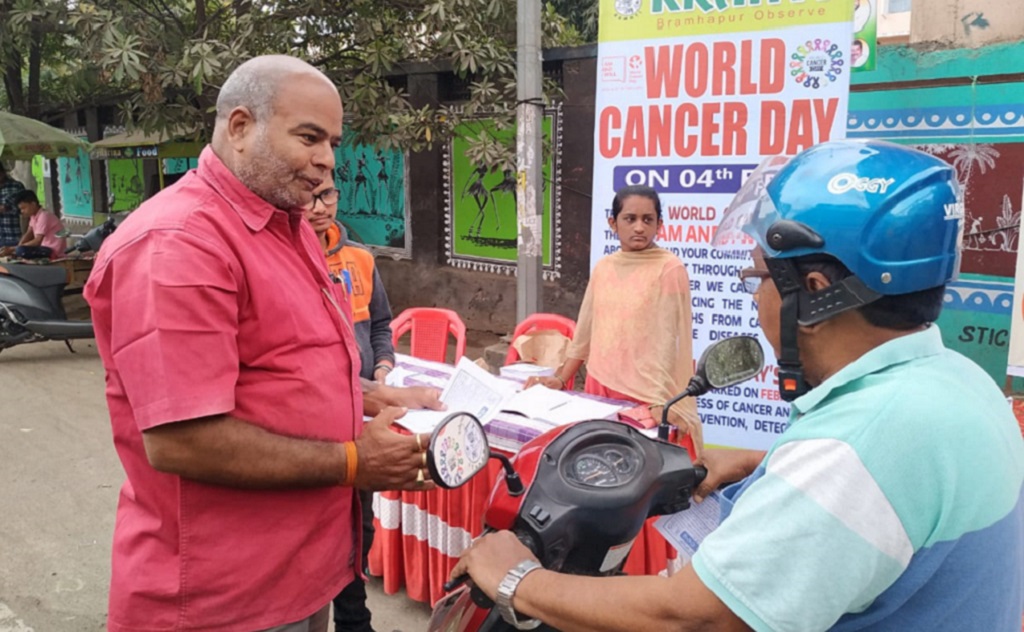 During the campaigning, Dash gave his own example and requested the youngsters not to consume tobacco. He has launched such a type of campaign for the last three years.

Around 14 teeth in his lower jaw have been removed in two operations after he was detected with oral cancer. Since then, he has been regularly taking chemo-therapy session at Mumbai.

“For the last two years, I have not known the taste of food as I’m not allowed to intake solid foods,” Dash told LocalWire.

Dash, who was the president of students’ union at the Khallikote College in 1989-90, also realized that he was on a wrong path at that time.

Later on, he formed an organization and has been conducting several programs for the school children since then.