Baripada, Jan 23 (LocalWire) A government teacher in Mayurbhanj district is on an unusual mission.

He has been planting palm trees in several villages for the last eight years to protect people from lightning.

Lightning is one of the most damaging natural disasters that claim over 400 human lives in Odisha annually. 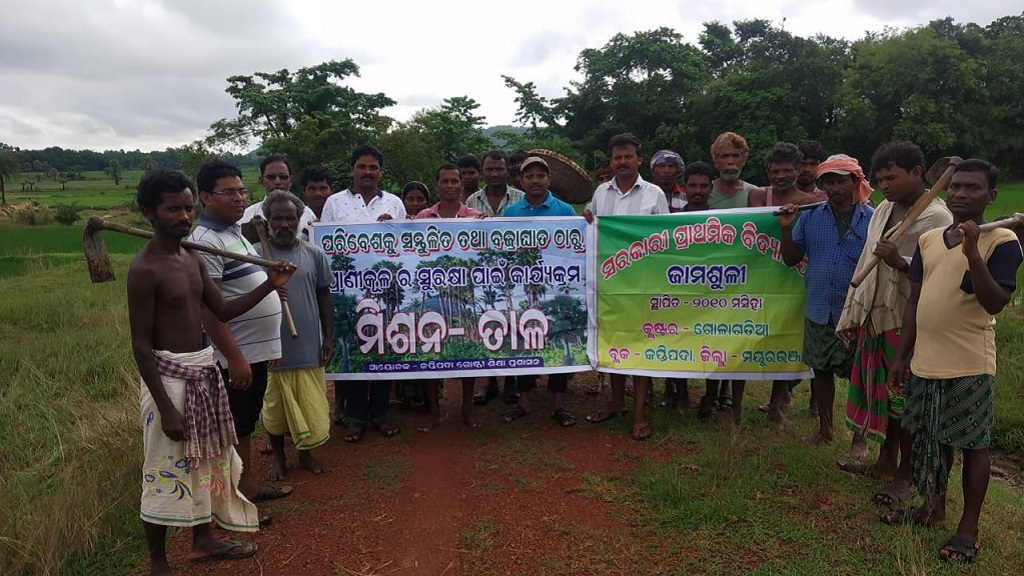 Santosh Kumar Sahu, who is a resident of Sanabisol village and works as a teacher in government high school at Badjhad in Devla village has so far planted 8000 palm sapling and seeds.

One can see the plantation in canal bank, sides of the roads, open fields and on un-used government land in Jamsuli, Golagandia, Baghabasa, Bisol and Badjhad villages under Kaptipada block.

Lightning strikes kill thousands of human and animals across the globe every year. I came to know that palm trees can help us and can prevent such causalities. Sahu said initially he started planting palm trees without any other things in mind. “Several trees have grown. Now it has become my passion” Sahu told LocalWire.

His efforts have inspired students, residents, teachers and social activists.

Sahu has received several awards for his initiatives. The forest department has given him ‘Prakruti Mitra’ (friend of nature) award in 2016.

In the previous year, the toll stood at 465.

The victims are largely from rural areas with a sizable chunk of those getting killed engaged in agriculture. Odisha has declared lightning as a state-specific disaster in 2015.

As per the revised norms, Rs 4 lakh per deceased is now being paid by the government as ex-gratia towards lightning victim’s families.

Prior to 2015, ex-gratia was either being paid from the chief minister’s relief fund or the district gratuitous relief fund.