Baripada, Feb 4 (LocalWire): The tribal-dominated villages of Gajapathar and Aswakuti Chowk Sahi within the Labanyadeipur and the Sarat Gram Panchayat respectively have been using pit-water for their basic necessities.

Despite dozens of promising schemes initiated by the state government to resolve such problems in rural Odisha, the residents of these two villages under the tribal-dominated district of Mayurbhanj continue to face a water crisis.

Small pits with brown-colored water are the only source of drinking water for these villagers.

They have dug small pits after cultivating paddy on their fields and have been consuming water from these pits as their tube-wells have failed to provide them water due to lower groundwater levels in the village.

The villagers stated that the tube-wells were built some eight years back and the problem has remained unchanged ever since.

“As the village lies near the foothills of Similipal, the concerned department claims the presence of stones to be the reason behind the non-functioning tube-wells,” the villagers said. 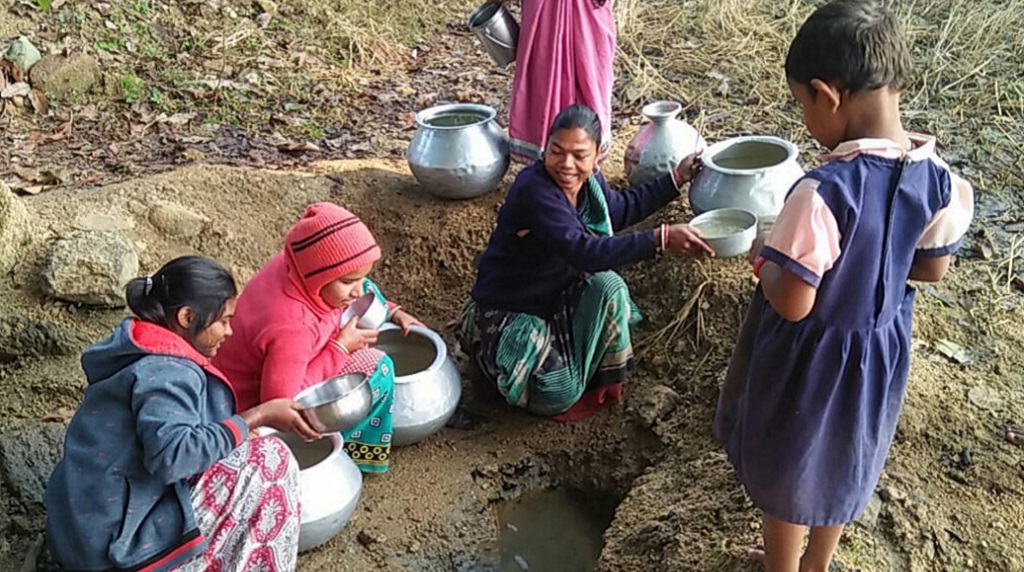 The concerned department (RWSS) is providing drinking water through water tanks four times a week which fails to fulfill the demands of the entire village forcing them to fetch water from pits.

Various water-borne diseases have been detected amongst the villagers since then. Economically challenged as they are, they have been unable to build a deep tube-well to cater to their everyday needs.

Similarly, the residents of the Aswakuti Chowk Sahi village under the Sarat Gram Panchayat have been dependent upon water from such pits and the nearby village of Tala Sahi although there’s only one tube-well at Tala Sahi.

Turi Sing, a senior citizen of the village, said, “No matter what schemes the government comes up with, us villagers have been struggling even for a single drop of water. Not only the villagers, but the domestic animals have also been facing this problem.”

“I have been facing such problems ever since my childhood, thanks to the government’s carelessness,” he added.

When contacted, the Collector Vineet Bhardwaj said that he would direct the officers of the RWSS Department in Kaptipada to visit these villages and that necessary steps will be taken to tackle with the situation.