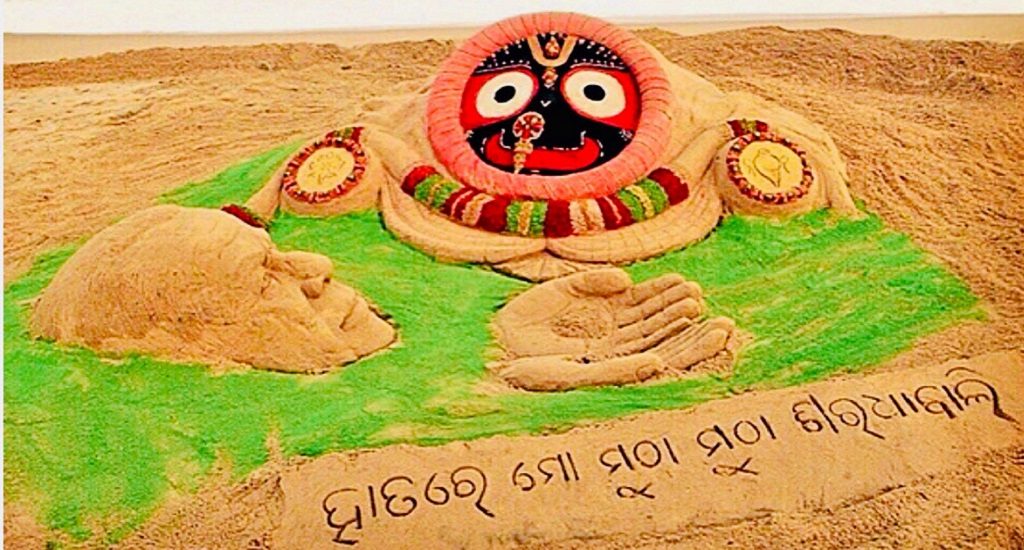 The sand mural has an image of Bhikari Bal along with Lord Jagannath. In a twitter message, Patnaik said “Hatare moa Mutha Mutha Saradha bali”.

In his lifetime, Bal had contributed richly to Odia bhajan and devotional songs that earned him the title of Bhajan “Samrat”, or king.

It is believed Bhikari’s mother Gellharani had given birth to several children but none of them survived and so the family named their surviving son “Bhikari”, a Hindi word for beggar.

Bhikari learned to sing and act, and play harmonium at Jatra parties. In those days, boys used to dance as girls in such parties, which were called “Goti Pua”.

He soon caught the attention of Odissi patron Kalicharan Pattanayak and Odissi maestro Balakrushna Das, who trained him and helped progress in his career.

He became an A-grade singer at the All India Radio, Cuttack, in 1963 after he received rave reviews for his song “Prana mitani bareh chahan re”.