Children are the future of our society. It is our great responsibility to take their care. We are aware that they are incredibly vulnerable to any kind of disaster. 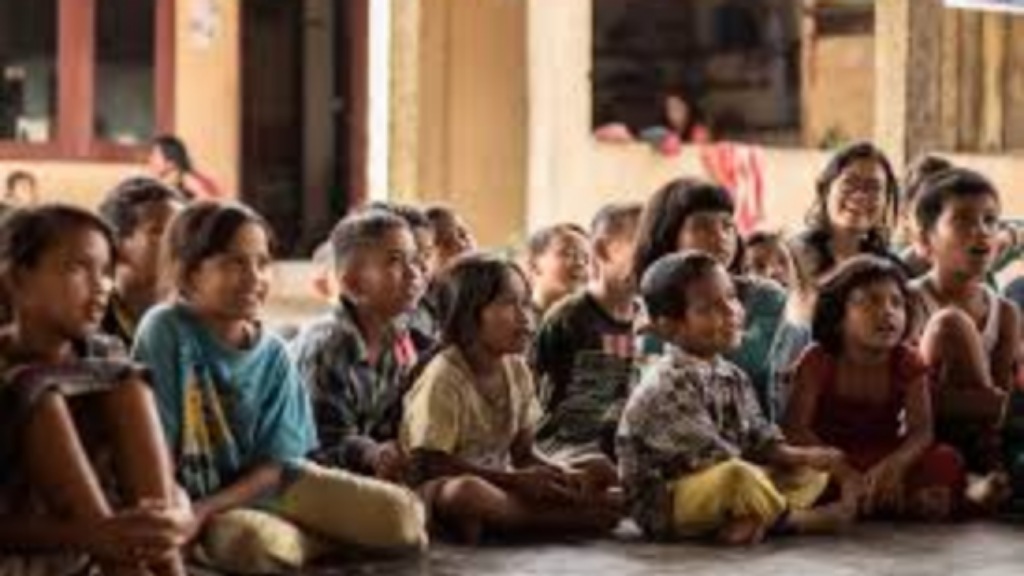 Being completely dependent upon the parents, guardians, families, communities, institutions and organisations that provide them care, protection, education and a broader environment for their well being, special attention is needed for them during any disaster like cyclone, flood, earthquake, drought, heatwave, fire, epidemic etc.

It is needed to review the functioning of all personal and institutional systems to ensure their physical and mental well being; else they would suffer immensely from several life-threatening consequences.

More than forty percent of our population is below the age of twenty years.

Such a significant proportion of our population finds it difficult to respond to the stressful events on account of a disaster due to lack of prior experience.

With thinner skin, higher surface area to mass ratio and less fluid in the body, children are prone to losing too much body heat and don’t know how to protect in emergencies.

Not only physical health and behaviour but also it affects their long term quality of life.

As a child I was exposed to the impact of a devastating cyclone in the coastal area of Odisha during the seventies.

As we were getting ready to play a school drama in the evening hours, strong winds accompanied with torrential rains disrupted the function forcing us to run helter-skelter.

While surviving to see the next sunrise, we saw most of the structures in the village along with our school building gone. During those days, there was no warning from any source beforehand.

Several miseries were to unfold sooner. Without any assistance from the government, the villagers tried to cope up with great difficulties on their own.

After many days, they put up a temporary shed with mud wall and thatch of straw which served as our school for few years.

When the school reopened after several months, many of the students and mostly the girls did not return to the classes.

Some of the minor girls had been married off by their parents who found it difficult to maintain their families.

Several studies show that in the aftermath of any disaster, besides other impacts, there is often loss of life which comes a rude shock, disbelief to the children who show great anxiety, distress, and sadness. Disaster brings drastic changes to daily routines and way of life and giving a sense of insecurity.

Unemployment, reduction of support services can bring loss of sleep, appetite and mental agony to the children. Worst is the situation in the death of sole earning member of the family.

It is acknowledged that Covid-99 is the greatest disaster to have hit all of us who are witnessing such a global pandemic of mammoth proportion for the first time.

Already, about three million people have tested positive in our country and resulting in about 57,000 deaths.

It has already unleashed devastating effects on families, communities and the economy.

Time will only tell its full impacts on health systems, social welfare and governance.

This disaster has the ability to undo decades of progress on several welfare measures on our children.

Social scientists will be watching out for the impacts of Covid-99 on the forced migration, the incidences of child marriage, school dropouts, school performance etc.

as the income of the poorer families plummets causing erosion of their limited savings with the time.

There will be particular concern about the girls and women, who are always disproportionately affected, as families try out their coping mechanism to survive.

Early pregnancies present higher risk complications, maternal and infant mortalities and morbidities which is endemic in child marriages. Incidences of early marriage might see an upward trend on account of Covid-99, which is a matter of great concern.

The poorer and remote area families did not send back their girls to schools due to economic distress or as the girls were married off or became pregnant.

Poorer countries are unlikely to provide universal online classes to the school children due to lack of technology, internet coverage, smart devices with the children and inability of teachers and the system to deliver teaching-learning during Covid-19 period. This will sharpen the divide between poor andrich, urban and rural children.

The children of migrants and marginalized sections would be the worst affected as far as access to education is concerned. However, the governments and institutes are seriously engaged on the issue to overcome the bottlenecks. Solutions like opening the schools in green zones in a staggered manner have experimented in some countries.

At the difficult time, as the governments all over the world are struggling to contain the spread of disease, provide the best medical care to the infected persons and save the precious lives of their citizens, they are also finding it hard to respond to several challenges.

At this juncture, our children particularly young girls need special attention as experiences in poor countries in Africa had revealed unfortunate developments during Ebola epidemic.

Protection of girls from all forms of violence, risks of early marriages should be foremost in the mind. Their access to education, psychological support, sexual and reproductive health services irrespective of their marital status, life skill training, and nutrition should be covered under various interventions with a higher degree of concern.

The village-level school teachers, who are not attending the schools now can play a vital link with the children and the community, who could take up these tasks with the support of other grass root level government and non- government functionaries through formal and informal communication systems.

Amidst prolonged shutdowns, lockdowns and school closures, the children need counselling to remain calm. Adults need to listen and talk to them and reassure about a near possible solution.

Appropriate and truthful information is the key as their physical and mental safety in view of the pandemic.