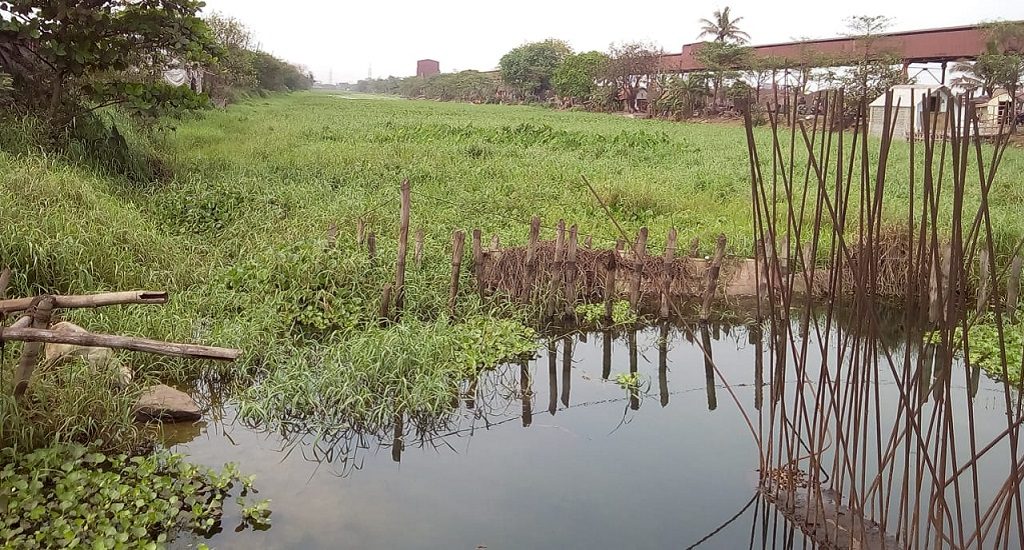 Paradip, May 15 (LocalWire): People of Cuttack and Jagatsinghpur districts, are afraid to use the Taladanda canal, since water stagnated after debris fell into it when Fani struck.

Taladanda canal has been polluted by carcasses and fallen trees, debris of houses choked it at many places in Biribati, Sanpur, Jaipur, Tirtol, Rahama, Taladanda and Kujang.

Stagnated water would lead to contamination, fear the locals since they use this water for drinking purposes.

Taladanda Canal which originates from Cuttack near Jobra barrage is divided into two main canals – Taladanda and Machhagaon canals.

The 13-km-long Taladanada canal from Jobra, Cuttack to Biribati is highly polluted and the 20-km stretch from Kujang to Paradip under Jagatsinghpur district is polluted due to discharge of untreated sewage, other waste and effluents from industries, debris and formation of weed.

In 2018, the Central pollution control board had found that there was a rise in total coliform (TC) and fecal coliform (FC) bacteria in every 100 ml of water of this canal.

Similarly, the permissible level of the fecal coliform is 500 MPN/100 ml but it crossed 2000 MPN/100ml in these locations.

Environmentalists said the presence of fecal coliform in aquatic environment indicates that the water has been contaminated with human and animal faeces. When its levels are high, there is an elevated risk of waterborne diseases.

Executive Engineer of Mahanadi South Division (irrigation) Basant Rout confessed ‘the canal is choked in many locations so assistant engineers, junior engineers have been pressed into service to clean the debris of trees and weeds.

Despite shortage of labourers, we are clearing debris of trees, effluents, weed’.