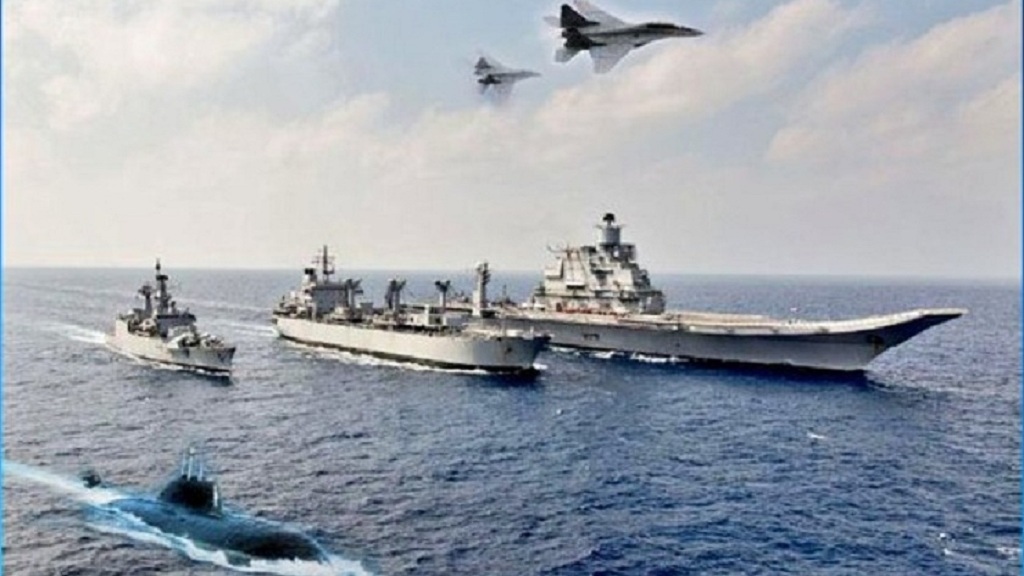 Bhubaneswar, Dec 4 (LocalWire): The 4th of December is celebrated as Indian Navy Day in order to recognize the role and achievements of the Indian Navy.

As India celebrates the accomplishments of the naval branch of the Indian Armed Forces, let us look at Odisha’s association with this great institution.

Odisha is a part of the Eastern Naval Command of the Indian Navy, which is the first and largest naval command in the country with its headquarters in Vishakhapatnam.

It has the states of Odisha, West Bengal, Andhra Pradesh, Tamil Nadu and Andaman and Nicobar Islands under its jurisdiction.

The Paradip Port was commissioned on 3 January, 1962 and on 12 March 1966, INS Investigator earned the privilege of maiden berthing in the port.

The maritime history of Odisha has records dating back to 800 BC.

The people of Odisha sailed across the Bay of Bengal and traveled to South-East Asia introducing elements of their culture to the people with whom they traded.

The old traditions are still celebrated in the annual Bali Jatra festival held for five days in October-November.

INS Chilka is a basic training establishment for sailors of the Indian Navy.

INS Chilka has the unique distinction of being the only basic training establishment of its kind amongst the three services.

Unlike the Navy, the Indian Air force and Army do not have a single common ab-initio training establishment on the lines of INS Chilka.

Commodore Rituraj Sahu took over as the commanding officer of the Indian Navy’s premier Sailors’ Training Establishment, INS Chilka, as well as the Naval officer-in-charge (Odisha) from Commodore Manish Misra, VSM on 25 March 2019.

Commodore Sahu, who hails from Chatrapur in Ganjam district, is a navigation and direction specialist and was commissioned in the Indian Navy on 1 July, 1990.

INS Paradip, which is a Forward Operation Base of the Indian Navy, is currently under construction.

The first week of December is celebrated as Navy Week, during which various sports and cultural events take place.

They include an open sea swimming competition, a veteran sailors lunch, performances by the Naval Symphonic Orchestra, an Indian Navy inter-school quiz competition, a Navy Half Marathon as well as an air display for school children and the beating retreat and tattoo ceremonies.

Sometimes, ships are thrown open to visitors and school children.

The theme for this year’s Navy Day celebration is ‘Indian Navy – Silent, Strong and Swift.’

This year, two warships of Indian Navy, INS Rana, and INS Gharial, arrived at the Paradip Port ahead of the Indian Navy Day.

They were open for public viewing on Sunday and Monday as part of the Navy Day celebrations.

INS Rana is a Rajput-class destroyer in active service with the Indian Navy since June 1982.

INS Gharial is a Magar-class warship, one of the largest ships in the Navy.

In May 2019, it readied naval ships and aircraft at Arakkonam and Vishakhapatnam airbases to prepare for the cyclone Fani’s aftermath and aid in rescue and relief operations.

On 4 December, the Indian Navy launched Operation Trident, the attack on the Karachi harbour during the Indo-Pakistan war of 1971.

The Navy successfully sank 4 Pakistani ships while enforcing a naval blockade of the Karachi port at the same time.

This alone, decisively turned the tide of the war in India’s favour and resulted in the independence of East Pakistan.

It has been the Navy’s biggest victory and is the reason Navy Day is celebrated on 4 December.