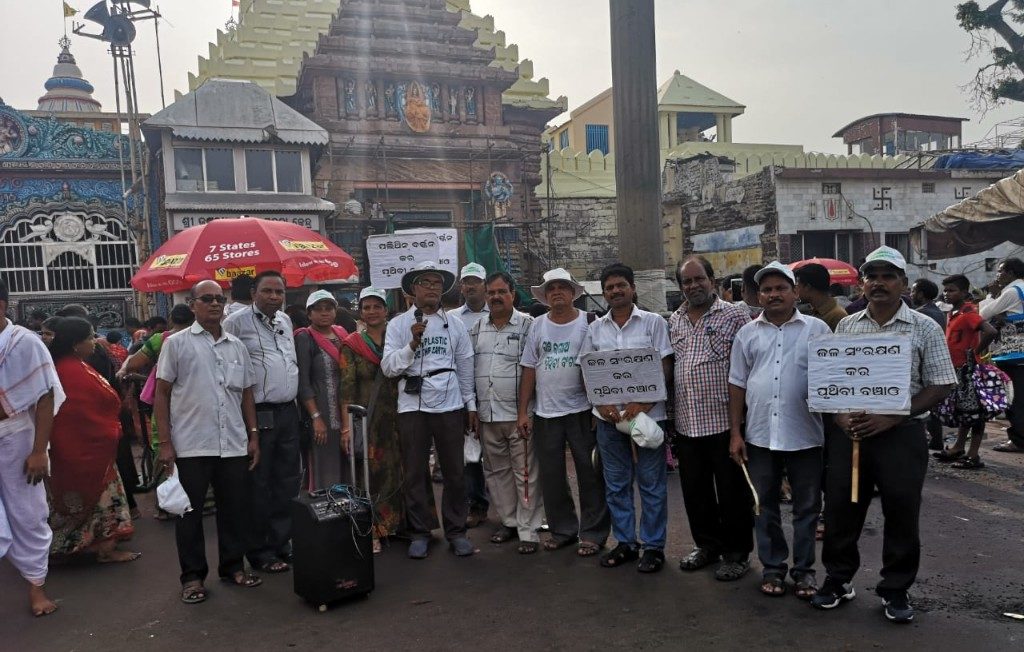 Berhampur, June 19 (LocalWire): In their bid to create awareness against the use of plastic, and the need for rainwater harvesting and plantation in Fani-affected areas of Bhubaneswar and Puri, a 20-member team of Bhubaneswar-based Aryabhatta Foundation undertook padyatra in different parts of the city, here.

The campaigners also rang the bells to draw the attention of the passersby.

Several pilgrims who visited Puri for the Snan Yatra to get a glimpse of Lord Jagannath on Sunday also joined the campaigning in the pilgrim town,” said the foundation chairman Sudhir Rout. Members of the group that included academicians, engineers and activists also campaigned in Pipili during their 20-km padayatra and conducted street-corner meetings at several places along the route. 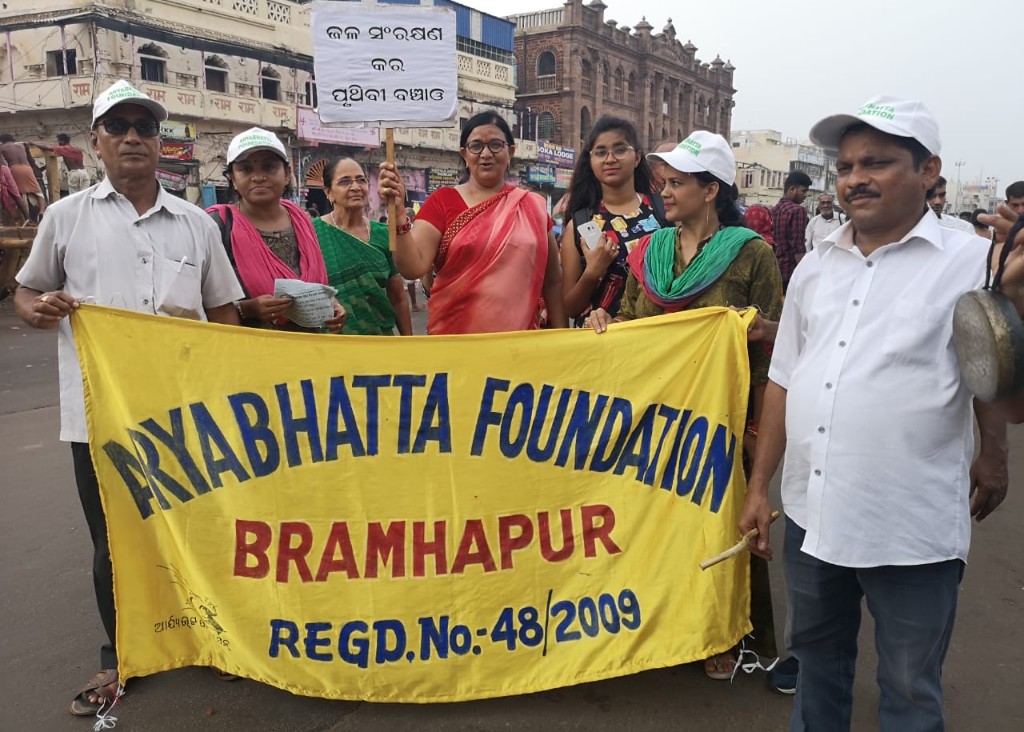 The government had banned the use, stocking, and manufacturing of plastic and polythene from October last year in six cities, including Bhubaneswar and Puri. However, there seems to have little or no impact on the ban so far in these cities.

We have appealed to the government for strict enforcement of the ban order,” Rout said adding that the organisation was also pressing for extending the ban order across Odisha, including the rural areas.