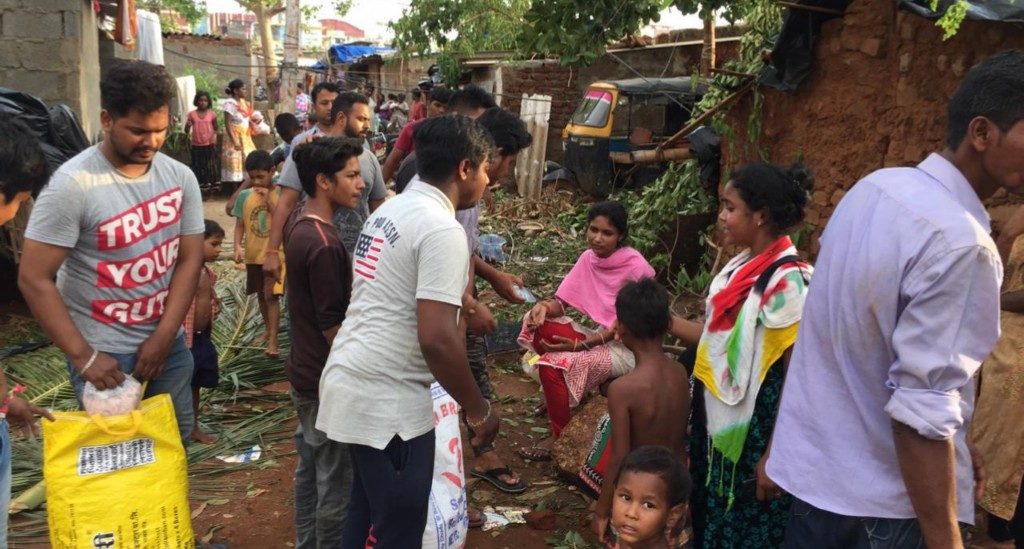 Bhubaneswar, May 12 (LocalWire): Utkal Bipanna Sahayata Samiti (UBSS) is providing food, drinking water and shelter to thousands of cyclone Fani victims in Odisha, even as the relief-work of the government agencies is gathering pace, the NGO has said.

Fani had knocked down power lines, uprooted giant trees, destroyed houses and damaged vital government installations as it battered the Odisha coast at wind-speeds of over 200 kmph last week.

While deaths and widespread disruption in normal life have brought misery to people, thousands of others have been stuck in emergency centers and waiting to receive lifesaving assistance.

To reach out to the needy, UBSS volunteers have been distributing food parcels, water, polythene, tarpaulin, matchbox and candle, among other emergency items, to the affected people in a war-footing, said Debiprasad Mahapatra, a volunteer.

Headquartered at Mancheswar Industrial Estate, Bhubaneswar, the UBSS was set up in 1982 as a voluntary organisation to serve the poor. It draws its volunteers from all sections of the society.

UBSS collaborates with other NGOs to carry out relief work.

“We go to the affected areas as per the direction of the government. We reach out to people who need immediate help,” said a UBSS member.