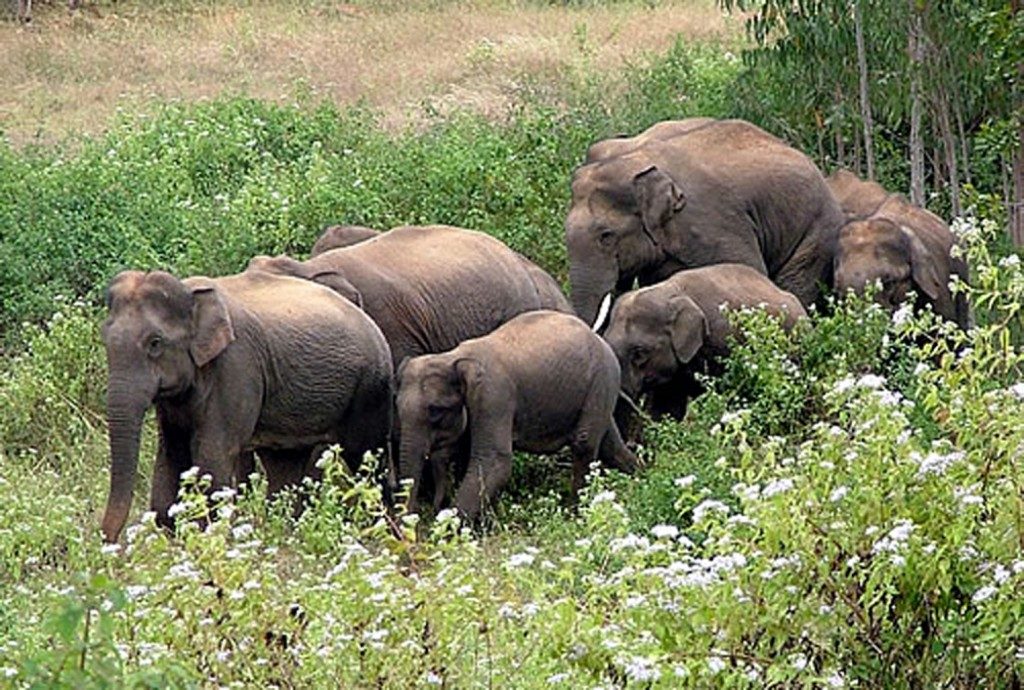 Jajpur, July 5 (LocalWire): Elephants entered villages under Bairi forest range in Jajpur district and damaged paddy and other vegetables on Wednesday and Thursday.

Farmers alleged that elephants ransacking crops was a regular affairand they not only destroy crops but also damaged around nine houses.

The farmers are worried over the wild elephant menace which is on the rise in the region.

‘We have submitted a memorandum to the forest department urging to check wild elephant menace.

However, the forest department has failed to solve the problem,,’ alleged Baishaba Sabar of Siha village.

The villagers are finding it difficult to move alone in the region fearing wild elephant attack.

The farmers must be given suitable compensation for the loss incurred due to wild elephant menace, he said.

‘The elephants strayed from the nearby Kapilas forest reserve in Dhenkanal district.

A team of forest staff have been deployed in the villages.

We are trying to drive the herds out by beating drums and lighting fire,’ said Sashikanta Behera the forest officer of Bairi forest range.

‘Many villagers irritate the elephants by throwing stones and as a result the jumbos attack the villagers.

We urged them umpteen number of times not to disturb the animals.

But they do not pay any heed to our pleas,’ added the forest officer.

‘We are assessing the loss of the farmers. Compensation for crop would be disbursed within 15 days after the affected farmers lodged complaints,’ he added.