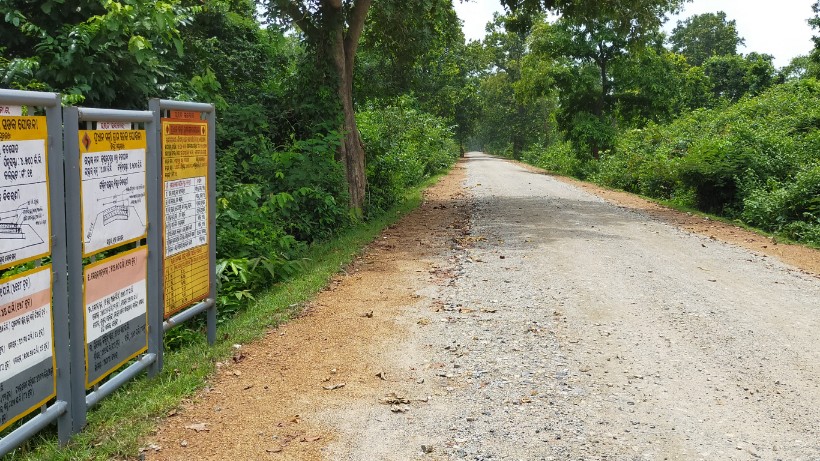 Mayurbhanj, Sept 14 (LocalWire): Despite the tall claims of the district administration regarding achievements in rural road connectivity, the construction of all-weather roads under the Pradhan Mantri Gram Sadak Yojana remains at a standstill in Mayurbhanj district.

Neither the district administration, nor the department of Rural Development or the tendered construction agencies have shown any urgency in fulfilling the provisions of PMGSY.

The residents of Salugadia, Asanjoda and Gangraj villages within Kuliana block have expressed strong resentment against the above the mentioned officials in regards with the construction of roads. To state one example, a one-kilometer stretch of an all-weather road (to be constructed under PMGSY) from NH-5 near Kuchei to Salugadia has not been completed within the time frame of 7 months allocated to it.

Another 6 kilometer stretch of road to be constructed under PMGSY from Krushnachandrapur to Badjod, whose construction work began on 1st July 2019 and which was scheduled to be completed on 31st May 2020, has not been completed till now.

When contacted, Executive Engineer of Rural Development, NV Harihar Rao said that the contractor who is in charge of the construction of the PMGSY road from Kuchei to Salugadia had been given three reminder letters for the completion of the road.

The contractor had responded and assured the officials that the work would be completed very soon.

The PMGSY road at Krushachandrapur has not been achieved due to shortage of morum for which two letters had been written to the Tehsildar of Betnoti in order to obtain permission for the lifting of morum.

However, the tehsildar had clearly replied that there is no morum in Betnoti area. Such problems are causing a delay in the progress of the road work, said the RD Executive Engineer.