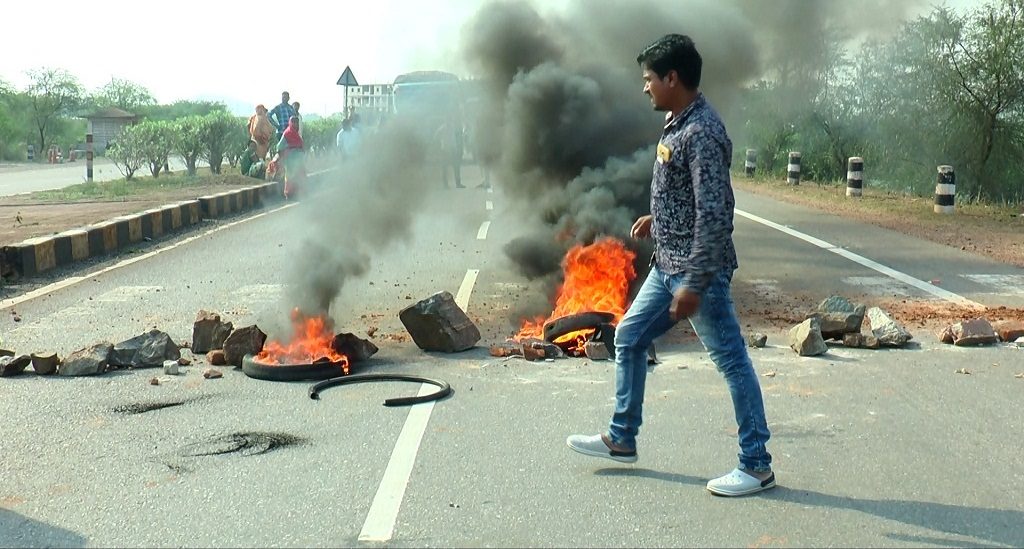 Jajpur, April 14 (LocalWire): Villagers kept the body of a farmer who committed suicide in the middle of National Highway 53 at Kantagadia and sat on a dharna demanding Rs five lakh compensation to the family.

Hundreds of vehicles were stranded on both sides of the road for more than three hours.

Susant Gantayat, of Dihanarasinghpur village under Dharmasala block who had taken Rs two lakh loan from village cooperative society, bank, Self Help Groups and a village moneylender to purchase seeds and fertilizers, consumed poison on Friday and died at the SCB Medical College and Hospital in Cuttack today while undergoing treatment. He suffered huge losses after the green grams (Mung) that he sowed on his two acres of land, wilted due to untimely rain and hailstorm on earlier in the week.

The deceased was pressurised by the lenders to repay the debt with interest, said Manoj Gantayat, a villager.

District Collector Ranjan Kumar Das said, ‘I asked the Jajpur deputy director of agriculture to submit a detailed report to the district administration. The authorities will take necessary steps to provide help to the family after getting the report.’ 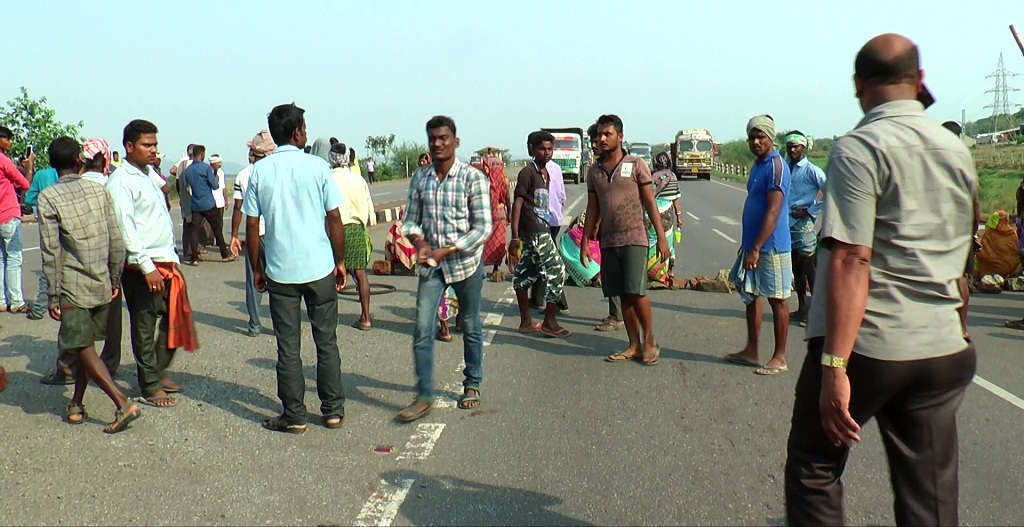 ‘My husband committed suicide due to crop loss. He was shocked after witnessing the wilted Mung crops,’ his widow said.

‘The recent suicides of several farmers proved that the farmers are in distress and it is high time the authorities provide succour for the crop loss as soon as possible,’ said Sarat Rout, a Congress leader and former minister of Jajpur district.