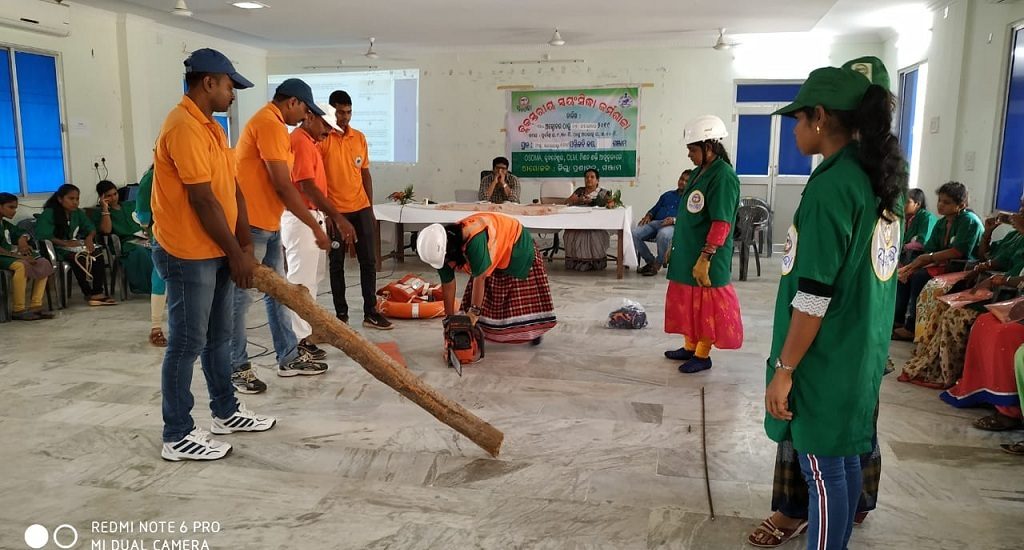 Berhampur, November 6 (LocalWire): Women, who are rarely seen as part of the rescue teams during natural calamities in Ganjam, will soon join their male counterparts in disaster management in this cyclone-prone district.

Initiated by the Ganjam district administration, Swayamsidha is a programme to involve women in disaster management, including rescue and rehabilitation works during the pre and post-disaster period.

“We aim to involve around 5,000 women volunteers to in the progamme,” Ganjam collector Vijay Amruta Kulange said.

“Our aim is to ensure zero causality during a natural disaster and we hope the women will play a leading role in helping the administration achieve this goal,” he stated.

According to the district social welfare officer (DSWO) Manorama Reddy, 18 to 35-year old members of the women self-help groups (WSHG) will be engaged in the programme and a batch of 50 women have been selected in each block for training in disaster management.

“While the training programme for the women in Chhatrapur and Rangeilunda blocks have been completed, the women from Ganjam are still undergoing the training session,” she said, adding that the training is being conducted by experts from ODRAF, fire services, police, health, and family welfare and road transport department on how to conduct a rescue and rehabilitation operation.

Each of the trainers will be given an identity card and they will work voluntarily in their respective areas, Reddy said.

“The involvement of women in disaster management is a welcome step. In a meeting held at Geneva in May last, UN Women had stressed on the need for women’s leadership and gender-responsive Disaster Risk Reduction (DRR) and resilience-building,” social activist Sanjeet Patnaik said.

The involvement of women in disaster management assumes significance in the district since Ganjam has been identified as flood and cyclone-prone.

It may be recalled that the super cyclone which hit Ganjam on 18 October 1999 had claimed 183 people, and caused heavy damage to houses and standing crops. Since then, at least four cyclones and floods have hit the district, including Phailin and Titli in 2013 and 2018, respectively.