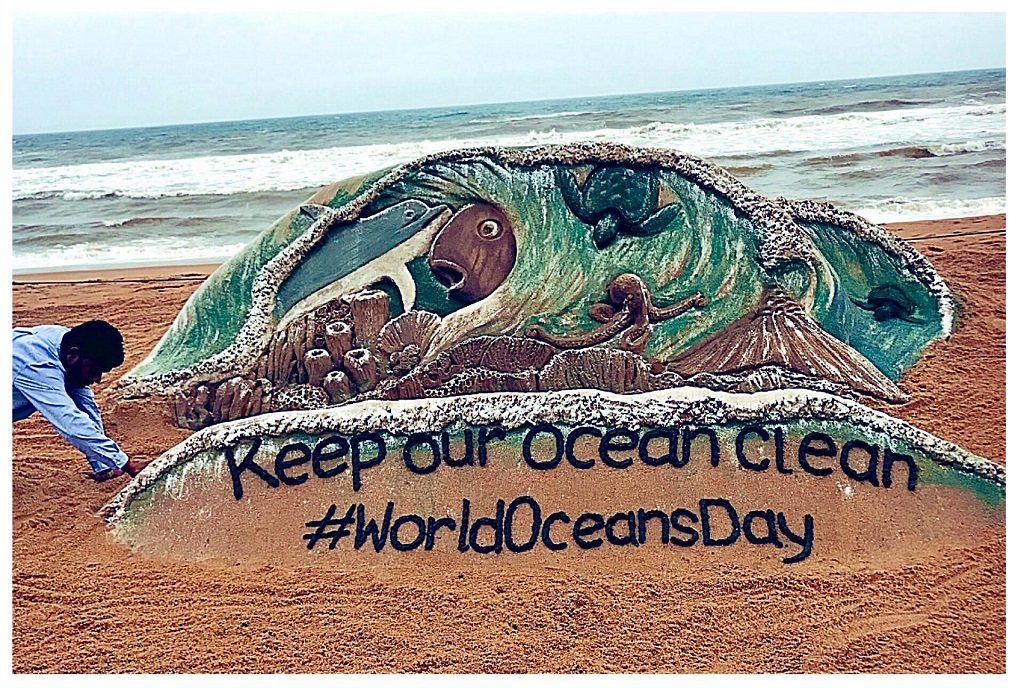 Bhubaneswar, June 8 (LocalWire): Odisha joined the world to take the pledge of keeping the oceans clean. Celebrating the World Ocean Day on Saturday people here took to cleaning the beaches in a big way.

At Puri, groups of people wearing the white cap were seen with broom collecting garbage, cleaning the beach and creating awareness towards sustainable ecosystem and the need to preserve our oceans, seas and marine life; keep the planet blue was the clear message.

Driving the initiative top down was the chief minister Naveen Patnaik who reaffirmed his pledge to keep the blue planet healthy for sustainable use. 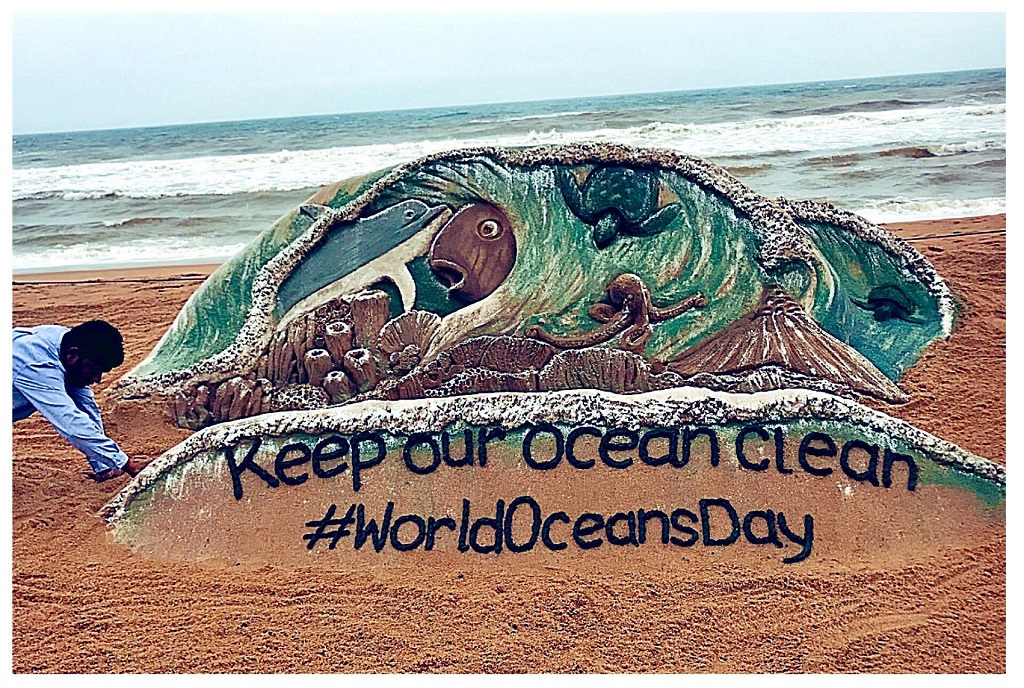 The chief minister also stated that the ocean was the lifeline of our planet as they provide most of the oxygen we breathe, source of water that sustains life on earth was a major source of food, and played an important role in regulating the climate.

The day was also marked by the announcement that Eco Club members will be developing a part of the Puri beach as Blue Flag Beach which will be made plastic and garbage free.

Sand artist Sudarsan Pattnaik, who is known to make beautiful creations on the sand on a variety of topics, including social issues, recreated the ocean life with the message “keep our oceans clean”. His sand art depicted some fishes swimming along with turtles and an octopus, as well as corals in the ocean waves. It highlights how the ocean is home to several species and we must all protect it.

As part of its initiative on the day, LocalWire compiles some valuable tips that can help you keep the oceans clean.

2. Participate in events and get involved in activities such as beach cleanups, sign petitions, vote, and support legislators and laws that protect the ocean and the environment, and support ocean conservation groups.

3. Dispose of cigarette butt properly so that it doesn’t get into the ocean water or sand. This will keep the beach clean. Cigarette butts are known to be the leading pollutants of beaches. 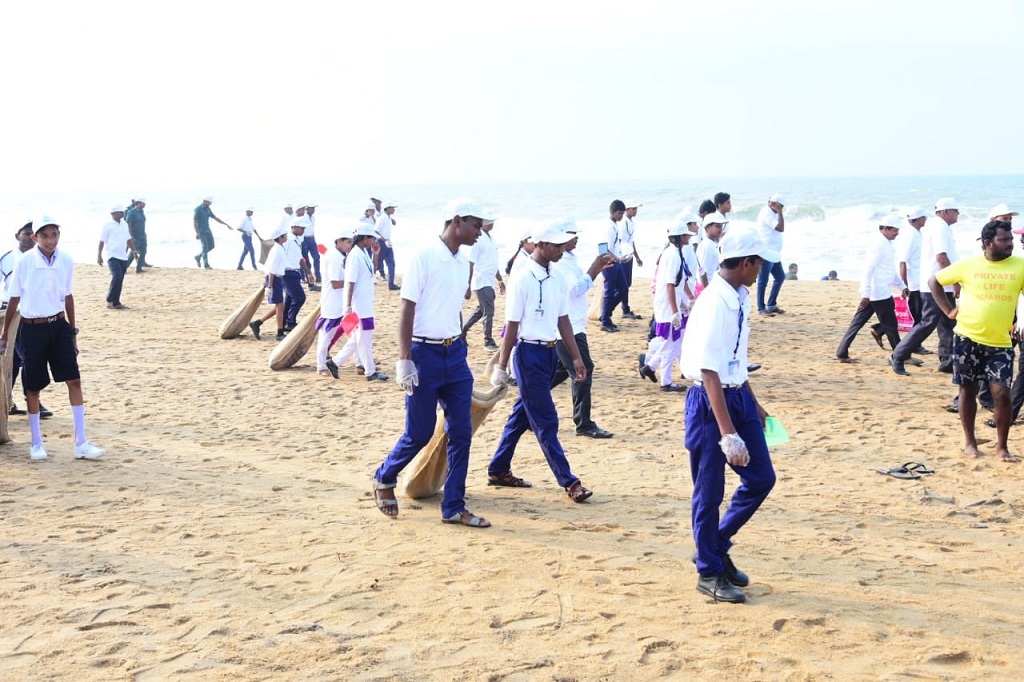 4. Picking up the leftovers will do good to keep the beach clean. Enjoy those chips and chocolates but try to keep the wrappers with you and dispose of it only in designated garbage bins.

5. Bring your own bags with you, this will ensure you collect your garbage and throw everything away in the designated place. The best thing to do is to bring your snacks in reusable bags or containers.

6. Make little changes by bringing water or beverages in a reusable bottle instead of disposable water bottles or you can sip at your closest beach bar, which not only helps the environment but it also makes you very happy.

7. Don’t disturb nesting grounds and be aware of your surroundings wherever you walk or swim. Don’t buy products that are exploiting marine life such as corals or seashells. 8. Use Organic products and limit the use of chemicals such as pesticides and household cleaners that can find their way into the water sources and eventually into the sea, moving through the food chain and causing animals to get sick.

9. Be a marine person, feel it as your home. Never feed wild animals and be aware of laws protecting animals from harassment.

10. Raise awareness, by informing people about ocean conservation and spread the word. One person can make a difference but think how much greater an impact you’ll have if you recruit many to the cause. Tell others about the issues and use social media.