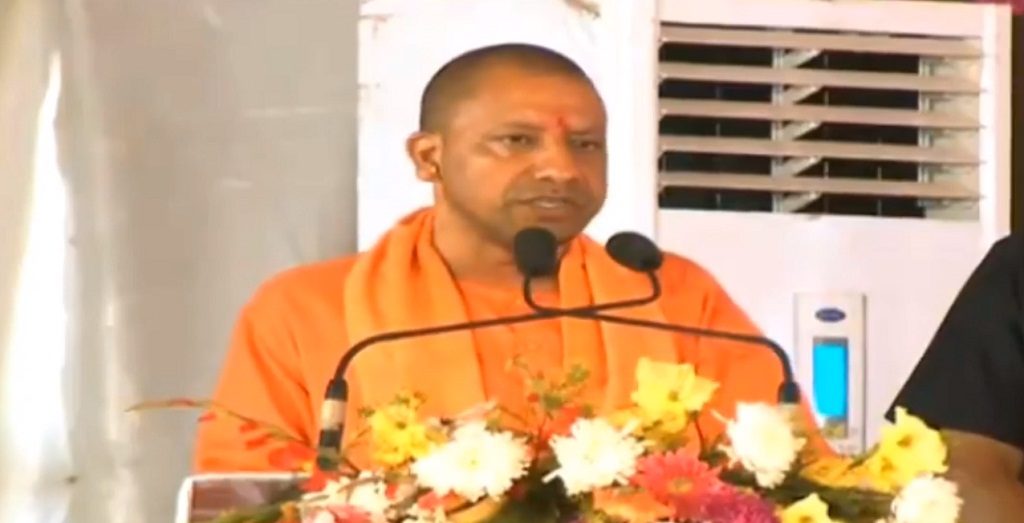 Berhampur, April 15 (LocalWire): The BJP camp in Kandhamal, the tribal dominated district, got a boost before the polls on 18 April with Uttar Pradesh chief minister Yogi Adityanath canvassing for party candidates and addressing a public meeting at Phulbnai on Monday.

Yogi castigated the Naveen Patnaik government in the state calling it corrupt as its leaders are involved in chit fund scam.

He also recalled the works of senior VHP leader Swami Laxmananda Saraswati, who was assassinated by miscreants in 2008.

He was working for the welfare of the tribal and poor people by setting up schools.

‘The state government has negative vision for development of Odisha. It failed to utilize central funds,’ he said.

He said Congress president Rahul Gandhi and BJD chief Naveen Patnaik were scared of losing their traditional seats. That’s why they selected new seats to contest.

Yogi claimed Modi wave is sweeping across the country and appealed to the people to install BJP government at Bhubaneswar to realize the benefits of ‘double engine’.

During his 25-minutes address, the UP chief minister also highlighted the different Central schemes.

Yogi, who was scheduled to address the election rallies at Phulbani and Berhampur on 6 April, had cancelled thoseupsetting the leaders of the saffron party who were upbeat about the meetings.

‘The BJP camp in Kandhamal was rejuvenated by Yogi’s address,’ said the BJP candidate from Baliguda, Karendra Majhi.

Samanta, the Rajya Sabha member of BJD, is contesting the Lok Sabha for the first time while Acharya is a new face.