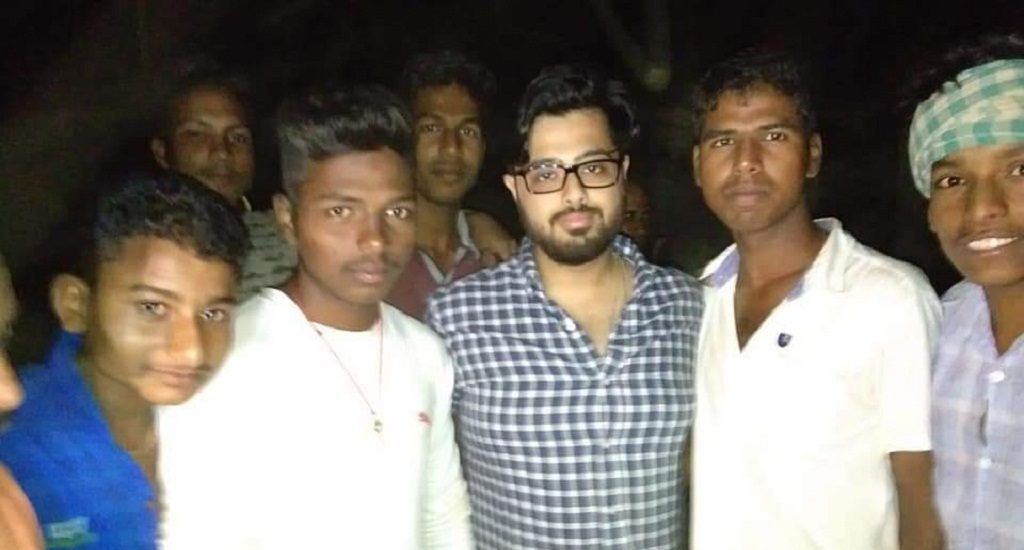 Jagatsinghpur, March 20 (LocalWire): Chirag Biswal, son of Jagatsinghpur sitting Congress MLA Chiranjib Biswal, participated in electioneering for the first time and tried new methods to woo the youth in favour of his father who will contest from Jagatsinghpur Assembly seat.

Since no one has applied for the party ticket from here, the Congress is fielding Biswal once again. Contesting him will be BJD’s district student unit president and a comparatively fresh face, Amrendra Das.

BJP has not yet finalized any candidate for Jagatsinghpur seat.

Amrendra has kept a close watch of the youth voters in Nuagaon and Jagatsinghpur block. He played a crucial role in winning the SVM College union election and other colleges of the district by uniting the students and motivating them to vote in favour of BJD-supported student leaders.

Chiranjib Biswal’s son on the other hand has taken the virtual mode to woo voters. He has developed a website for his father (www.Chiranjibiswalinc.in.) which was launched by the senior Biswal recently in the presence of other Congress leaders. The website will help share information with voters and also help in getting feedbacks.

Chirag is also playing the friendly neighbour card well. In his father’s absence, he is going door-to-door in Naugaon block and interacting with the youth voters to know the issues plaguing them. He also attended the marriage of a local couple.

Interestingly, Chirag’s behavior with the locals, especially the youth have impressed the people of Naugaon. He has chalked out a plan to meet the different sections of people in different villages with his student team to woo the voters.